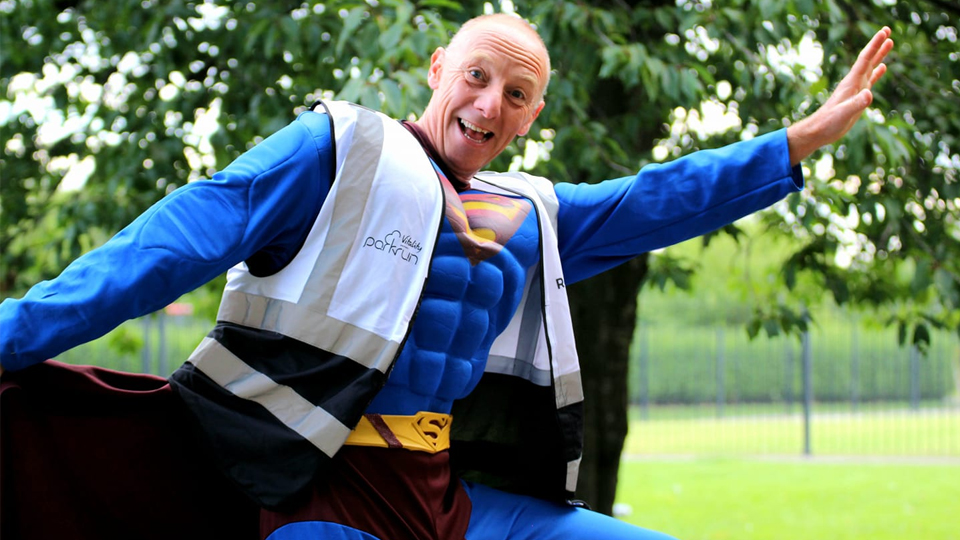 Since the event's return, it's been three weeks of fun for Rothwell parkrun...

parkrunners across the country have been enjoying a return to their weekly fix of running, socialising and (for some) eating post-5K cake.

It has been an exciting few weeks for Rothwell parkrun in Leeds. Since the event's comeback on 24 July they’ve celebrated its fourth birthday and Olympic success for the course's female record holder - Jess Learmonth who won gold in the triathlon mixed relay event.

How do you top that? Well, last Saturday’s event (14 August) gave it a go as Jason Westmoreland was welcomed back as run director. In his honour run day was something of a fancy affair. A fancy dress affair that is.

Rothwell runners were welcomed by Superman as run director with 238 taking part and embracing the fancy dress theme. Alongside Superman, there were confirmed sightings of Alice In Wonderland, Captain Jack Sparrow, The Marshmallow Man and Mini Mouse!

Post event, Jason posted on Facebook: “In awe of being back as Run Director at Rothwell. Fancy Dress today. Brilliant day with my parkrun family.”

Emphasising the fact that running has captured a host of new recruits during lockdown, there were 36 first timers - what a show it was for their inaugural parkrun outing. It was also a day for fast times with 54 runners recording PBs!

The first male home was Simon Midwood in a time of 17 minutes and 7 seconds while first female was Rebecca Mohebi in 24 minutes and 35 seconds.

Volunteer, Linda Jenkinson commented: "From my viewpoint (volunteer) everyone, especially the leader, seemed really fast today and I'm sure new PB's were achieved together with the imaginative and colourful outfits! Well done all on your efforts, see you next week!!”

Rothwell parkrun is held in Springhead Park every Saturday at 9am.