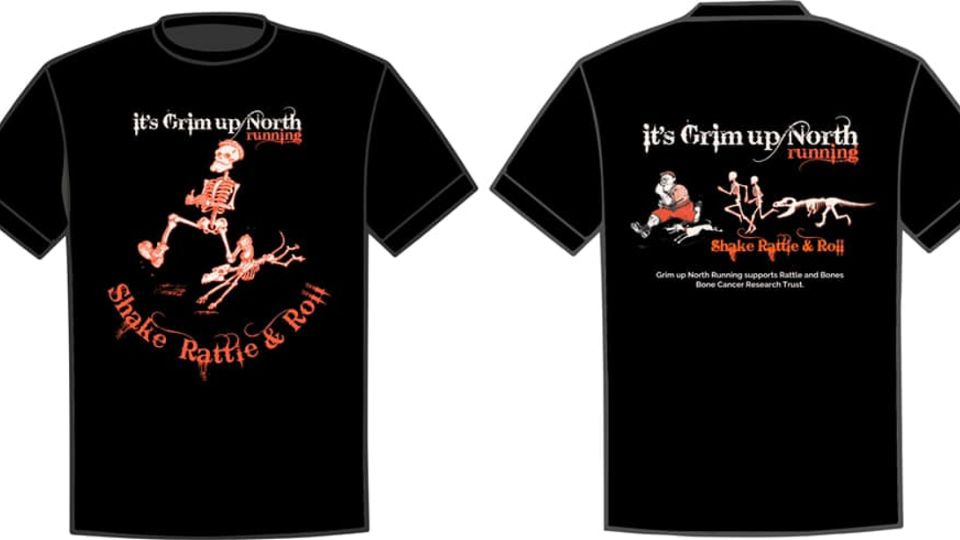 Roll up for virtual 10K dedicated to Darren and Mel

Runners will be showing solidarity at this virtual event as they lace up their trainers to support Darren and Mel Wilkinson in their continuing fight against Ameloblastoma. The Shake Rattle and Roll Virtual 10K from It’s Grim Up North Running (IGUN) is the community in action backing the couple whilst helping a worthy cause.

Darren and Mel Wilkinson are a respected couple and the organisers of Sheffield-based Run For It who host events for all ages and abilities. This includes the popular Santa Dash Fun Run and Walk.

Earlier this year Darren was diagnosed with a rare bone tumour in his lower jaw called Ameloblastoma. This necessitated the removal of most of his lower jaw and teeth followed by a long and arduous recovery that has been beset with problems along the way including complications of the surgery itself and sepsis. To make matters worse, the outcome has been less than successful requiring Darren to undergo further surgeries in a repeat of the original procedure.

Despite this, Darren and Mel have campaigned to raise awareness of and funds for the Bone Cancer Research Trust and engaged the help of two skeleton ‘friends’ nicknamed ‘Rattle’ and ‘Bones’. They have worked hard throughout Darren’s recovery on behalf of this charity and with Chris Dronsfield for Prostate Cancer UK.

In recognition of their courage and altruism, It’s Grim Up North Running launched 10K Shake Rattle and Roll - a virtual 10K with a distinctive medal and an optional matching T-shirt. £2 of every entry fee goes to the Bone Cancer Research Trust.

This event will as IGUN's Catherine Hirst says: “Really help this couple as they are having such a tough time so anything we can do to get them on their feet and help them get through that little bit easier is brilliant.”