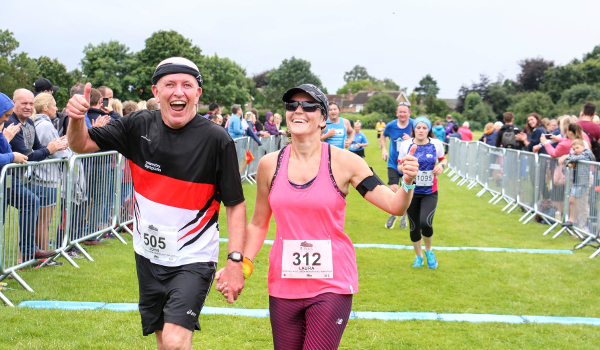 Prize-winning efforts at Newark Half

An inclusive ethos at Sunday’s (11 August) Newark Half Marathon contributed to its success along with a generous prize list. For many runners it was ‘simply the best’ half marathon.

There was something for everyone at the 4th Eden Hall Middlebeck Newark Half Marathon and 2K Fun Run. Organised by four local running clubs – Fernwood RC, Newark AC, Newark Striders and Notfast RC it was given a ‘thumbs up' for its professionalism from beginning to end with the majority of runners promising to return next year.

A record 1300 signed up for this race along with another 60 who entered on the day. It was the Nottinghamshire County Championship Half Marathon and that plus the DB Wood Challenge prize upped the competitive ante. Not forgetting prizes for the top 5 men and women, age category winners and the first male and female local runner.

The course was fast, flat-ish and scenic in a historic location with ample drinks and sponge stations. Marshals handed out jelly babies along with words of encouragement and there was plenty of support from the local population.

Joe Wilkinson of Lincoln Wellington AC was the winner in 1:07:29; Samantha Harrison of Notts AC was the first female in 1:16:26. These two also won the DB Wood Challenge prize of £500 each, awarded to the first man to finish under 70 minutes and the first female under 80 minutes.

Also taking part was Steve Goodwin (MV60) of Winchester & District AC who has run every Newark Half (34) and blind runner Louise Charlotte Simpson with her guide Paul Davidson.

Every finisher received a medal, T-shirt and goody bag and had the opportunity to get their 5-a-day via the Waitrose stall in the Race Village.