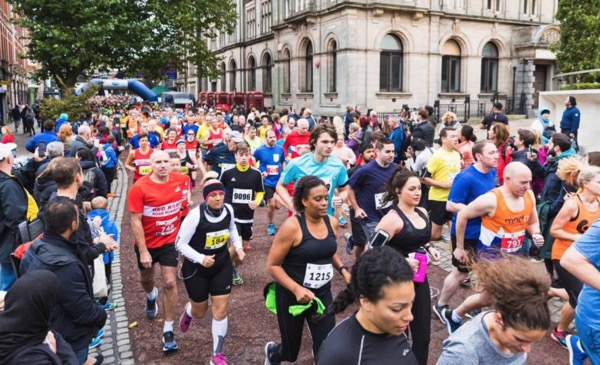 Despite having to postpone the race from its original date in September due to flooding, there were no signs of disappointment from the 1140 runners who turned out for Sunday’s rescheduled City of Preston 10K. Rather, the race carried on the momentum it has gained since organisers Sports Tours International took over the event management in 2018. Competitors departed from Market Street In prime autumnal weather before moving on to beautiful Avenham Park.

From there, the field were able to take in the countryside scenery around the River Ribble, before coming back through the park and then on to Market Street to finish in front of the city centre crowds.

Podium regulars Mohammad Abu-Rezeq and Kirsty Longley showed they are still the ones to beat in the North West with the pair both notching up victories. Abu-Rezeq, top at last month’s City of Salford 10K, never really looked in trouble as he crossed the line in an impressive 30:58. Salford Harriers’ Adam Slodowicz was his closest competitor in 34:30, followed by Robert Affleck.

While the rescheduling of the 10K no doubt caused disruption to some, organisers Sports Tours reacted quickly to provided competitors with a new race date and it was clear that the 1100 field of runners were in high spirits.

This was echoed by Tina Eley, who commented: “We came from Birmingham and were amazed by the support of the people, fantastic it was; route was tough but good and the marshals were very encouraging, loved it well done to you all. Very well organised so glad we travelled to this one.”

The Preston event was staged under the new Running Bee Foundation banner, an initiative which returns all race profits to community projects. Founded and supported by Sports Tours International, the charity aims to improve the health and well being of local residents and to help tackle the challenge of childhood obesity.