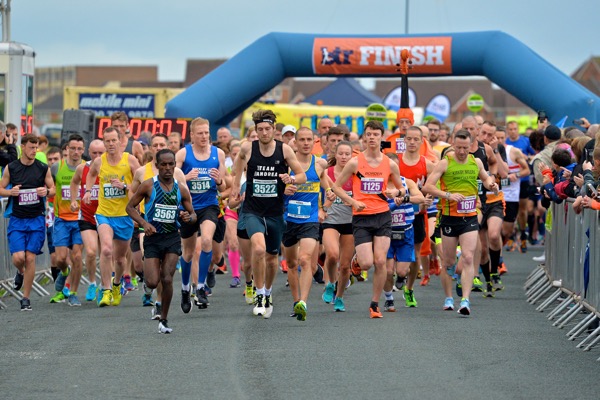 PB Fever At Wirral Half Marathon

An innovative race feature from event organisers BTR Liverpool is getting runners in a swirl. Runners at the upcoming Wirral Half Marathon and 10K (Sunday 9 September) will be rewarded with a PB medal if they manage to improve upon their previous time at either race.

Despite its relative infancy, BTR Liverpool’s Wirral Half Marathon has grown year on year and has received highly favourable reviews, scooping the prestigious title of Event of the Year 2015 at the Wirral Tourism Awards.

The event marks the cumulative point of the Whistle Stop of Wirral, a three-day, multi-terrain race series that encompasses 26 miles of Merseyside.

Both the half and 10k have a fantastic start point at Coastal Drive, with runners moving out along the waterfront as far as the Seacombe Ferry Terminal. Competitors then moves back toward New Brighton.

Looking ahead to the upcoming event, the added incentive of the PB medal has already had a massive impact with 150 making clear their intention of hitting top form at the respective races.

You can still register your PB attempt for either the BTR Liverpool Wirral Half Marathon or 10K by contacting Alan Rothwell. Further information, including registration, is available here.