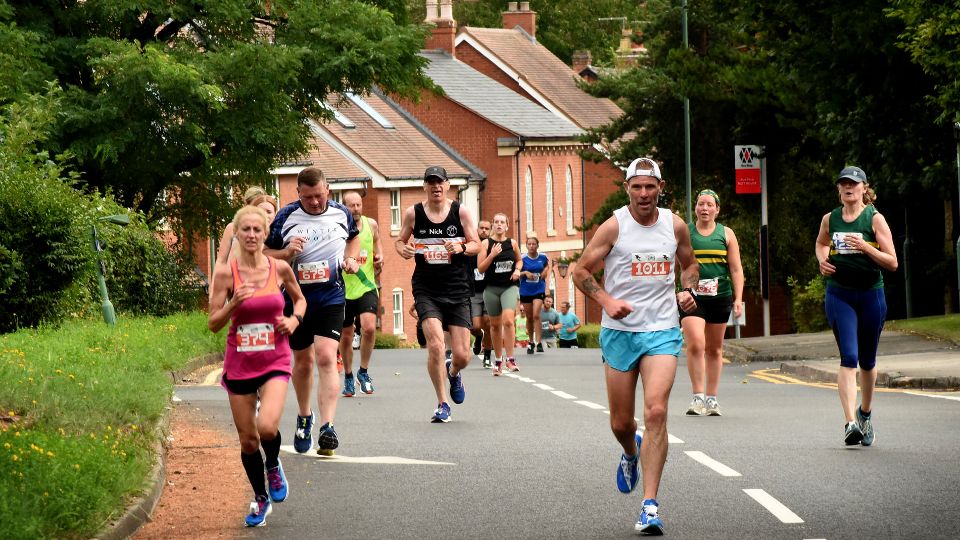 Stepping up for the new Solihull Half & 10K

A good turnout of runners went out on the town at its debut.

Sunday 15 August was time to shine for the Solihull Half Marathon & 10K that saw more than 1200 runners enjoying a scenic course in this affluent market town. The course was hillier than many expected...

A well organised event from organisers RunThrough it had the added bonus of being held on closed roads, giving people the opportunity for a PB although the elevation made it more difficult to do so. There were a few lumpy sections to get over that put their legs (and training!) to the test but plenty of marshal support and a lively atmosphere to keep them going to the finish.

It started in Mell Square that was also the location for the finish. The Half Marathon set off at 9am followed by the 10K at 9.30am as everyone continued on a well marked route to the sound of claps and cheers. Conditions were good on the day – always a big plus for a mass participation event – and so was the running on this undulating route.

A full set of results can be viewed at the RunABC Midlands Race Listings page.