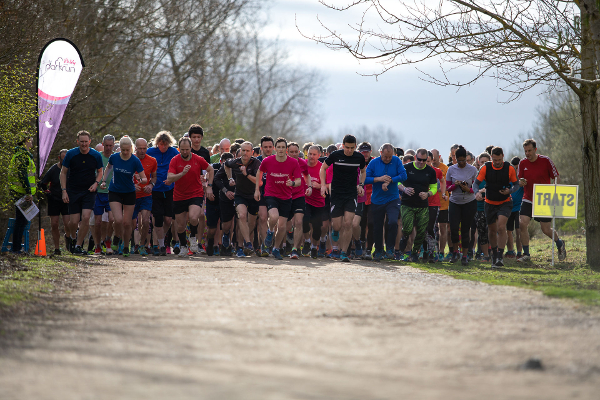 On your marks at new Millennium Country parkrun

Over 130 people made the most of the sunshine and scenery at last Saturday’s (23 March) inaugural Millennium Country parkrun. For some it was their first time in this neck of the woods.

The Millennium Country Park is set within the 61 mile Forest of Marston Vale in Bedford. It contains stunning woodlands, meadows and grasslands and the Wetlands Nature Reserve and is popular with walkers, cyclists and horse riders. This and the bridlepaths make it an ideal venue for a parkrun.

At 9am on a beautiful spring morning, 136 parkrunners and 23 volunteers made this new event happen. They started near the Forest Centre and followed an out and back course on paths and trails that took them around Stewartby Lake. They proceeded in a clockwise direction until the turn around point before returning the same way to the finish at the Centre.

Dominic Molyneux (JM10) in 31:39; Sophie Hing (JW10) of Redway Runners in 31:47 were among the youngsters flying the flag for parkrun's future generations.

There were 136 participants - 18 of them who chose Millennium Country, Forest of Marston Vale as their first ever parkrun. Everyone enjoyed a post-run coffee in the Lakeside cafe.