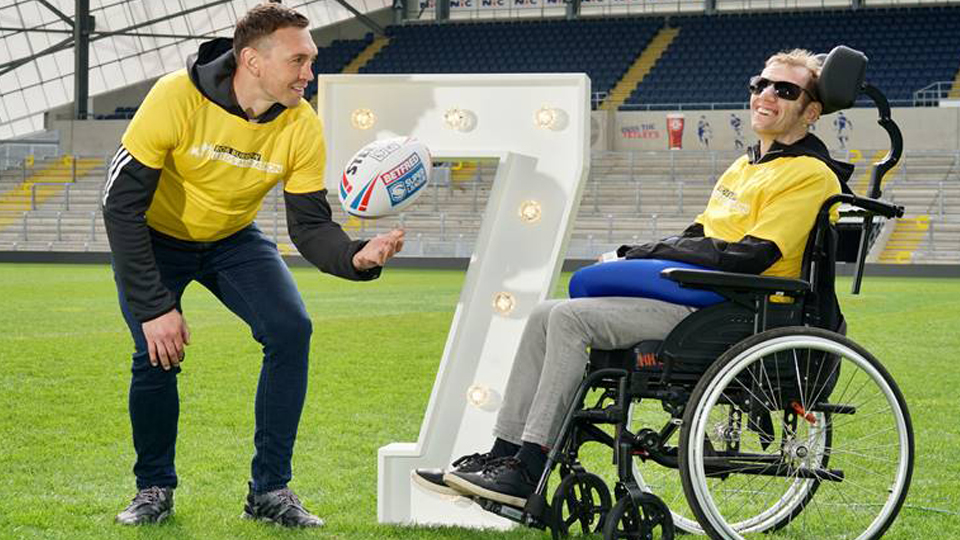 2023 will see a marathon return to the streets of Leeds for the first time in 20 years...

Marathon runners can start the countdown now, a new 26.2-miler is coming to Leeds in 2023 to honour Rhinos legend Rob Burrow MBE and help raise funds for causes close to his heart. Taking place on Sunday 14 May 2023, the Rob Burrow Leeds Marathon has also been inspired by Kevin Sinfield OBE's running challenges in support of his friend and team mate.

The event marks the first time the city has hosted a marathon since 2003, and will encompass a brand new route that starts and finishes at Headingley Stadium, where Rob achieved some of his greatest sporting achievements. It has also been announced that there will be 7,777 places in the marathon available, in honour of Rob’s iconic shirt number at the Rhinos.

The circular marathon route will take in some of Leeds' most scenic countryside and outer suburbs, journeying around Woodhouse Moor before travelling up through Headingley, Adel and Bramhope and heading out to Otley and back for the big finish.

Speaking about the event Rob said: “It is wonderful to see the marathon return to the streets of Leeds and I know it will be a fantastic occasion. Any opportunity to raise awareness and funds to fight MND is wonderful and I know that so much money will be raised by those taking part for so many great causes that are personal to each runner.

"I am particularly pleased to see that the event combines the half marathon and a family fun run so that everyone, of all abilities, can get involved.”

Kevin Sinfield said: “This event is a vital next step in ensuring we raise even more money, and help to make Rob’s dream of opening a new MND Care Centre in Leeds a reality. Most importantly, after the restrictions in place over the last two years, it is a chance to look forward and plan ahead for a mass participation event to raise vital funds for so many good causes here in Leeds.”

The marathon is a partnership between Leeds City Council and Jane Tomlinson’s Run For All. Mike Tomlinson, of Run For All, commented: “When Jane and I set up our very first event back in 2007, our goal was to be able to provide running events that helped people to achieve new goals and raise money for charity. It’s an amazing feeling then, to be able to launch the Rob Burrow Leeds Marathon in honour of Rob and to help thousands of participants to run in this new event for their own goals and reasons, enabling funds to be raised for many deserving charities.”