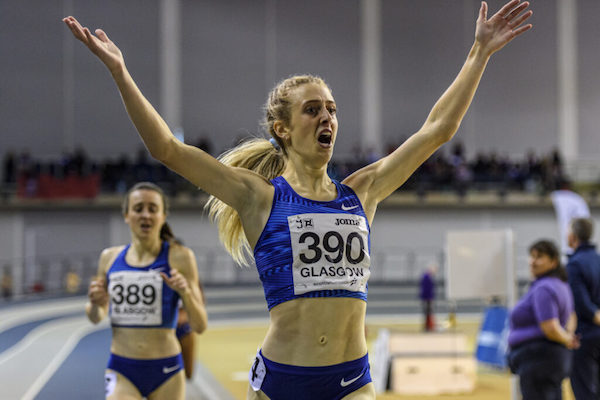 The New Year’s trend of Scotland's athletes setting new British and Scottish records on both road and track has continued. But this time, a new mark has been set for the women.

Jemma Reekie produced an exceptional performance at the weekend, when she broke the British and Scottish records for the 800m at an indoor invitational at the Emirates Arena in Glasgow.

To the surprise and delight of the Glasgow crowds, the 21 year old Kilbarchan AAC athlete overtook the current Scottish record holder and training partner, Laura Muir, on the last lap.

And it's not as if Muir, a four-time European indoor champion, wasn't performing; her own exceptional run, at 1.58.44, was more than a second inside her own Scottish 800m indoor record of 1.59.50, set in the same arena a few years previously.

After her record-breaking run, Reekie tweeted: 'I don't even know what happened out there. I need to try and process this. Thanks for all the lovely messages.'