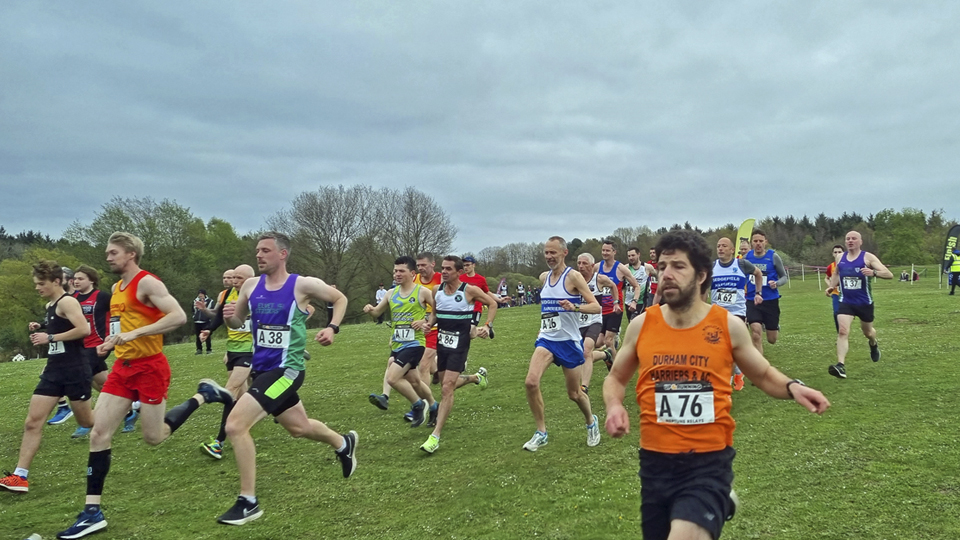 Records tumble as Sedgefield hosts the return of the Neptune Relays...

New records were set when a popular running event returned to a County Durham park for the first time since the pandemic. Organised by Sedgefield Harriers, the Neptune Relays were held in Hardwick Park on Wednesday evening and attracted hundreds of runners of all ages from around the North East.

With races for junior, senior, veteran and non-club runners, the event involved almost 90 teams and record times were set on the night for the fastest combined time and individual leg.

The popular four-leg Neptune Relays event follows a 1.7 mile route in Hardwick Park, starting and finishing in the field below the Temple to Minerva. Clubs from around the region competed in the well-established grass roots sport event, with spectators cheering them on from various vantage points in the park.

The Neptune Relays senior men’s event was won by North East Project in a course record time of 31 minutes and 43 seconds. The team’s third leg runner, Will Bryan, also set a new record for the fastest split time in the race, at 7:36. Tyne Bridge Harriers (33:44) claimed second, with Durham City Harriers (33:55) in third. Crook & District AC won the senior women’s race in 42:08, followed by Elvet Striders (42:27) and Tyne Bridge Harriers (42:49).

Sedgefield Harriers launched the Neptune Relays in 2008 and the first race was contested by 13 teams. The event is now well-established on the North East athletics calendar and attracts teams from all over the region.

Event organiser Mark Raine commented: “Because of when the Neptune Relays falls in the calendar, we’ve not been able to host the races since 2019, so it was brilliant to welcome back such a good turnout for the return of the event. The weather behaved for us and there was some excellent racing at the front of the field – it was exciting to see a couple of records being set.

"None of this was possible without loads of volunteers and the assistance of the team at Hardwick Park, which is a really beautiful setting for the relays. Sedgefield Harriers is really grateful to everyone who supported the event, by running or volunteering.”

For more information about Sedgefield Harriers, visit their website here.