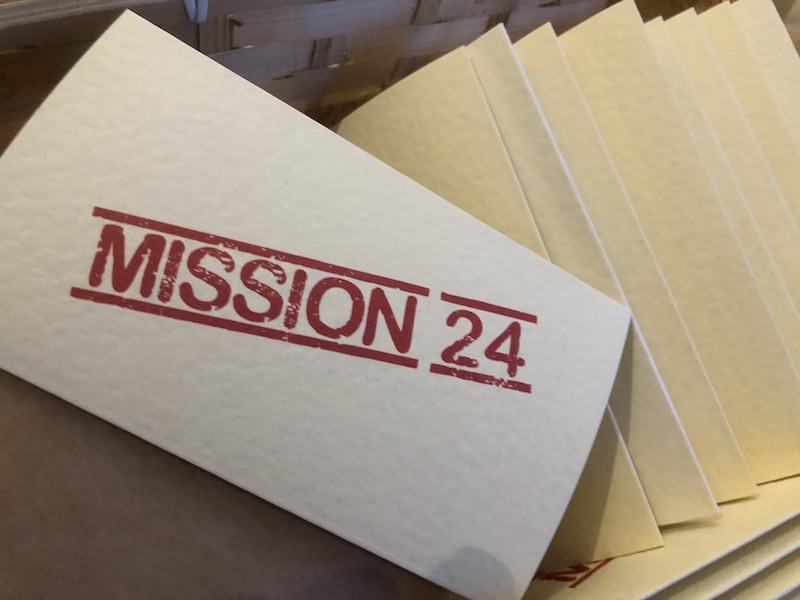 Organisers Ben Finch and Nic Crossley of Wee Run Events won’t say what their newest event is, where it is, or even when it starts.

Instead of having all the details laid out for them, runners hoping to take up the challenge of Mission 24 have to solve a series of ‘Enigmas’ – or ‘intelligence medicals’ as the organisers call them, just to get the basics.

Finch and Crossley, both fans of quirky endurance events like the Barkley Marathons, were keen to create a race that presented participants with both mental and physical challenges.

As Finch explained to runABC Scotland online: “We wanted an event that was completely different, where runners needed to do a certain amount of planning even before they started.”

“We don’t care if we only get two people a year … it’s still a great adventure for them, and for us!”

Crossley added: “We're not above handing out hints, though! If people have been stuck on the last clue, and they’ve let us know, we’ve given them a hint.”

Even with no details forthcoming, ever – other than that the event is in Scotland – interest has been strong. According to Finch and Crossley, Legendary ultrarunner ‘Barefoot Alex’ ‘really liked the concept’, but isn’t able to join in as he had initially hoped.

Although the event will certainly be challenging – whatever it is – the pair stress that it won’t just be for ultrarunners, or for the young: the oldest entrant to Mission 24 at the moment is in his seventies.

While the pair won’t be drawn on the route, Crossley confirms that the event ‘has Ben’s signature all over it’. As the organiser of both the Ochil Ultra and Strathearn Trail Festival, orienteer and ultrarunner Finch is well known for his ‘brutal hills’.

“If there’s a nasty hill out there, Ben will find a way to make you run over it,” Crossley said – to which Finch added, without missing a beat: “At least once!”