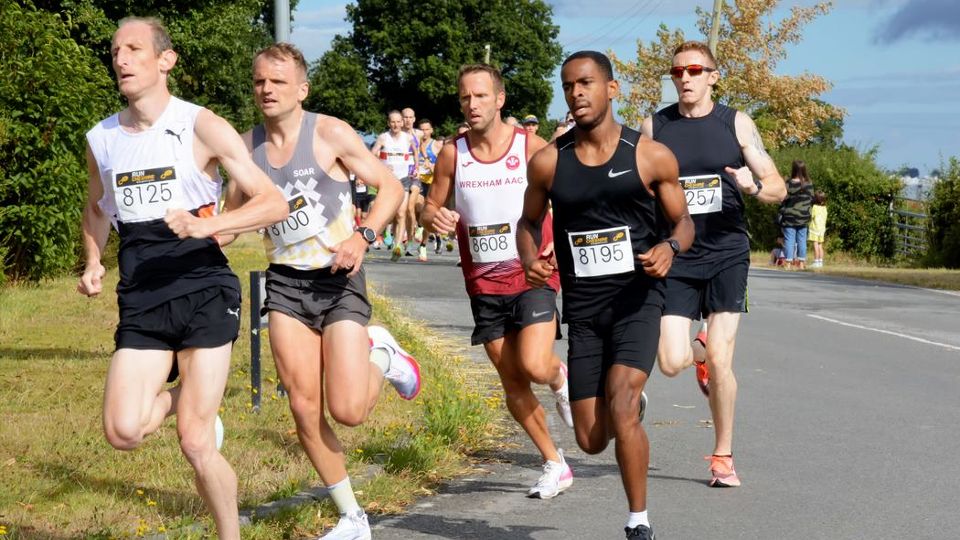 He successfully defended his title at the Helena Tipping 10K.

A sense of déjà vu for Matt Clowes at the Helena Tipping Wrexham 10K (Sunday 23 July) as the Cardiff Athletics man won for the second year in a row. The headwind in the second half of the race may have prevented him from beating his 2021 time of 29:53.

This race has grown in popularity over the years mainly due to the fast, flat course with views of the surrounding countryside. One of several quality events from Run Cheshire & Gogledd Cymru, it is held in honour of the late Helena Tipping who was a member of Wrexham AAC.

It attracts a mix of people from top amateur athletes and club runners to the less experienced and those new to the sport. The event is also home to the North Wales 10K Road Running Championship.

The Helena Tipping Wrexham 10K was an England Masters qualifying race that meant competition would be extra fierce for age group places. This was as well as the battle for the cash prizes for the top three men and women, age group winners and 1st male and female teams.

A new, quicker course was introduced in 2021 giving an added incentive to enter and go all out for a PB.

Sunday morning was humid with a stiff breeze as nearly 600 runners sped away from the start at 9.30am around a well marshalled route that included a drinks station at half way.

Fast and furious racing saw Matt Clowes of Cardiff Athletics first across the line to win in 30:36. Scott Overall was second in 31:14 and Jay Ferns third in 32:23.

Emily Kearney of Welsh Anglo Athletes was the women’s winner in 33:39. She was followed by Anna Bracegirdle of Salford Harriers & AC in 34:07 with Sophie Wood of Sale Harriers Manchester third in 34:45.

All results can be found via the runABC Midlands Race Listings page.

There was a special bespoke medal, refreshments and goodies at the finish and with any luck a PB too.