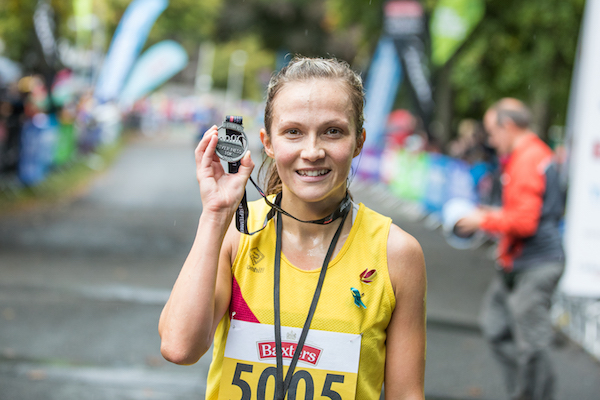 Participants from all over the UK and 48 different countries including Australia, Brazil, New Zealand, Peru, Singapore, South Africa and the United States will be represented on the start lines of the various races at Sunday's Baxters Loch Ness Marathon & Festival of Running.

Race director Malcolm Sutherland is set to welcome 8000 to the 17th edition of his event with runners of all ages. “Our oldest participant is 86-year-old Helmut Folger from Germany in the 5k, while 80-year-old Roger Macmillan, from Canada, is tackling the marathon. There are also three 80 year-olds in the 10K, one of whom is from Portugal.”

“At the other end of the age spectrum we have a three-month old child in the Wee Nessie fun run.”

At the sharp end of the races, the battle between Manchester-based Jordanian runner Mohammed Aburezeq and veteran Kenyan athlete Isaiah Kosgei promises to be one of the highlights of the marathon.

Aburezeq, who has won the 26.2-mile event in some style for the past two years, believes he is in the best form of his life and has promised to smash the course record of 2:20:13 set by Kenya’s Simon Tonui in 2009 if conditions are favourable.

He said: “I am more ready than I have been in the two previous years. I have been training hard and I will race smart on the Loch Ness course. You have to be careful on the downhills early on because it gets hard later. If the weather is good I can easily break the record. I am looking forward to it because it is a good race.”

Jenn Wetton hopes to be seriously competitive in the women's race just seven months after giving birth to her first child. The Central AC runner has won twice before, picking up the Scottish title at the Highland race in 2014 when she recorded a personal best time of 2:46:10 then repeating her success in 2016 when she clocked 2:47:03.

Wetton admits she's unsure as to how fast she might run on this occasion but feels she is in reasonable shape. She said: "I gave birth to Adam in February and did my first run six weeks after that. Seven weeks after he was born I decided to do a seven mile run and I increased the distance every week after that until I ran 23 miles."

She regularly took part in parkruns during her build-up, but tackled her first serious race earlier this month, finishing eighth in the Scottish 10K championships at Stirling.

Her opposition is likely to be led by Fife AC's Sheena Logan who set a personal best half marathon time of 1hr 21min 56secs when winning the Great Aberdeen Run last month. Other contenders include Hazel Wyness (Metro Aberdeen) and Jill Mykura (Carnethy) who were fourth and fifth respectively last year.

Over in the 10k, Kenny Wilson hopes it will be a case of fifth time lucky when he heads to the start line on Sunday. The Craigellachie runner, who is to represent Scotland in the Commonwealth half marathon in Cardiff next month, has never won the race, his best performances coming in 2015 and 2017, when he finished third on each occasion.

Wilson will do all he can to win this weekend but isn't underestimating the significant challenge he faces from Kilbarchan's Euan Gillham who picked up bronze in the Scottish 10K championships at Stirling earlier in the month when the Moray athlete finished 17 secs behind in fifth position.

Other contenders for podium positions include John Newsom (Inverness Harriers) who is also in the Scotland squad for the Commonwealth half marathon. Newsom won the River Ness race in 2013 and was third in 2013 and 2014.

Stephen Mackay (Inverness Harriers) goes into the race on the back of a victory in the Golspie 10K a fortnight ago while hill running specialist Hamish Battle (Metro Aberdeen) makes a rare road running outing.

Jenny Bannerman (pictured), who was fourth in the Scottish 10K championships at Stirling, will attempt to defend the women's title but her Inverness Harriers clubmate, Great Britain cross-country international Mhairi Maclennan, has decided not to run.

Bannerman said: “It’s my local race and I always aim to do well in it. I haven’t really looked at who else has entered although I know there’s a few other girls who will be competitive.”

Others who should be challenging for the leading positions include Edinburgh AC's Ella Revitt, Northampton’s Rosanna Andrews, Metro Aberdeen's Nicola Gauld and Fife AC's Halina Rees.

Limited entries will be available for the 5K and the Wee Nessie Run over the weekend.