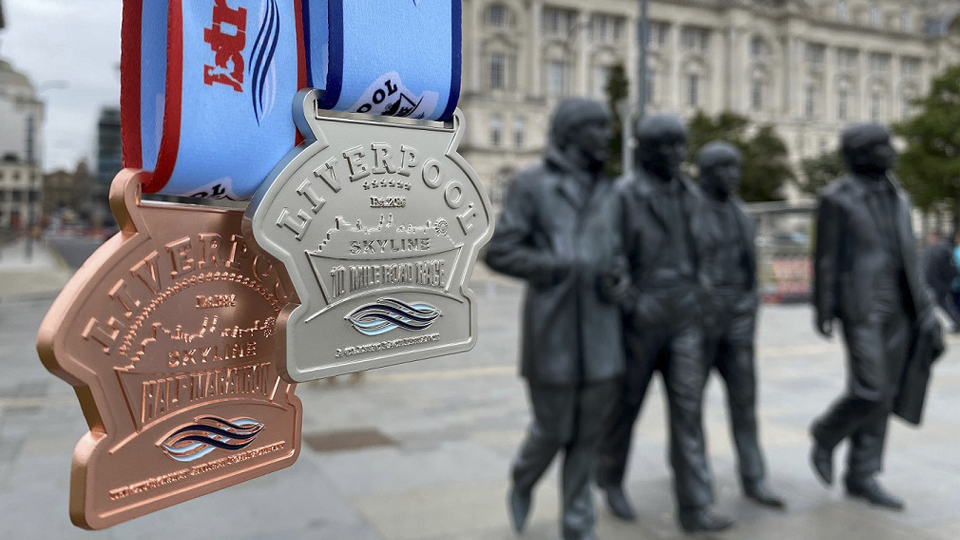 Skyline Half Is Back!

The north west is gearing itself up for big race action this weekend at the BTR Liverpool Skyline Half...

Half marathon race action is not confined to the north east this weekend, as Merseyside will also see a return to big ticket events with more than 1,500 runners set to pull on their trainers for the BTR Liverpool Skyline Half.

Sunday's 13.1-mile race promises a grandstand start and finish line under the gaze of the Liver Birds and the iconic 'Three Graces'. Entertainment on route will also be par for the course, with Liverpool drumming band Batala Mersey stationed near Museum Of Liverpool to spur runners towards the finish line.

For those looking for a more manageable distance there is also a 10-mile race option, which is being staged for the sixth time. There is in fact still time to enter both events, details can be found here. UPDATE: Entries now closed but Spring 2022 entries are open.

55-year-old Stephen Symons from Manchester will return to continue his unbeaten run of taking part in every Liverpool half marathon – making this his 28th consecutive year. Stephen suffered a brain haemorrhage in November 2012, but still completed the next race in March 2013 accompanied by family.

BTR Race Director Alan Rothwell commented: “We’re extremely excited to welcome runners back to BTR races. It’s been a long time coming, and we cannot wait to see runners cross the start line this coming Sunday. And I’m sure there will be a lot of smiling faces when they complete their 10 or 13.1 miles and collect their well-earned medal under the gaze of the Liver Birds.

“We’re encouraging everyone taking part and spectating to stay vigilant. Hands face space race – and let’s make a return to races a positive experience all round.”