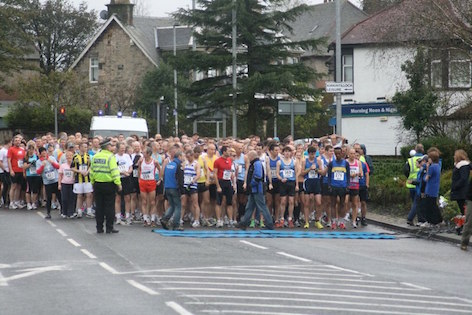 With some significant race anniversaries coming up, East Dumbartonshire club Kirkintilloch Olympians have announced a series of initiatives to mark them.

Robert Rogerson from the club told runABC Scotland online: "2020 is special anniversary year for us, with Kirkintilloch 12.5K being in its 15th edition and Neil McCover Memorial Half Marathon holding its 10th event."

Entry to the trio of events offers a discount over single race entries, and to recognise the achievement of completing the series, all finishers will get a special, limited edition anniversary medal and the opportunity to compete for race series prizes.

Booking one of the 100 available series places also guarantees entry to all the races, even if they were previously sold out. Although at time of going to press just a few of the 100 places were still available.

To mark the 15th anniversary of Kirkintilloch 12.5K, Kirkintilloch Olympians has increased the number of available places to 500 (including the 100 anniversary series runners), to accommodate more runners wanting to take up the challenge of this unusual distance.

To acknowledge the anniversary, and the support the event gets from club teams, Kirkintilloch Olympians have extended the team prizes list. In addiiton, to qualify for a team prize, clubs will only need five members competing on the day, with the first three counting towards a prize.

The club has also expanded its popular Kirkintilloch 10K in 2020 to include more family oriented events, including a 2K junior fun run (with free entry on the night) and a brand new 5K family race.

Both the 5k and 10k races will be held primarily on flat Forth and Clyde towpath and offer opportunities for PBs as well as great scenery.