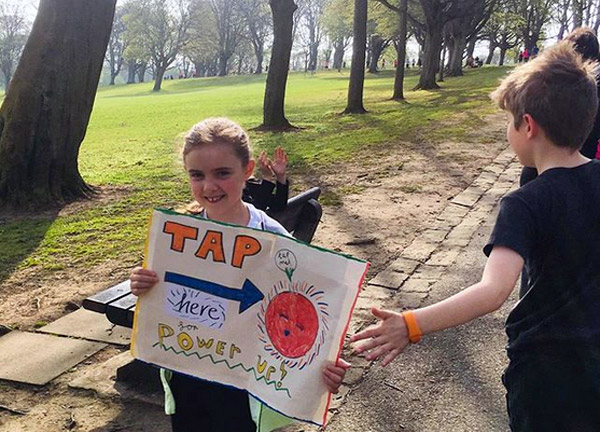 Fife, and the town of Kirkcaldy in particular, gave Scotland's newest race – the Kirkcaldy Parks Half Marathon – a fantastic reception yesterday (Sunday 25 August). Close on a thousand runners tested themselves over a challenging course, and on a morning when rising temperatures meant water stations and improvised hosepipe sprays were well used.

Race ambassadors Derek Rae and Sheena Logan had obviously read the script. Local hero Rae, who runs in a sling after a near fatal accident in 2010, led from gun to tape crossing the line in 1:10:23. Ryan Lafferty (1:11:03) and Iain Whitaker (1:11:280 completed the podium places.

However the real heroes of the day were the Fife running community and the Kirkcaldy public. 200 volunteers ensured runners had a first rate race experience and hundreds of supporters around the course, were unstinting in their encouragement. The young dancers in Highland dress earned special praise.

Post-race runners commented on a brilliant atmosphere along the route which started in Beveridge Park and headed north-west before turning back towards Dunnikier Park. Runners continued towards the coast and the conservation village of Dysart before heading south to Ravenscraig Park.

The final stages were back towards the centre of Kirkcaldy and the finish at Beveridge Park where a big crowd lined the straight and cheered finishers to the line.

Jacqueline Cooney summed up the experience on Facebook: "Thank you so much to everyone who volunteered and came to support. It kept us going. Banners, power ups, sweeties, water sprays, cheers and high fives! Really proud to call Kirkcaldy home after this."

Jacqueline and the other finishers expressed delight at the unique medals created by the Just Slate Company. They were also happy with generous goody bags with lots of vouchers for local services. One of the notable achievements of the organisers of Kirkcaldy Parks Half Marathon is the way in which they have been able to galvanise the support of the local business community.

One of the organisers local retailer Dave Morton said he was happy with the inaugural event. He told runABC Scotland online: “I am absolutely thrilled that so many people, groups and organisations came together. We really showed what you can do when you all pull in the same direction. We had a few hurdles and hand grenades to overcome and dodge but with our depth and variety of experience we managed to overcome them."

Dave continued: "I’d like to give a special mention to Julie Dickson, team manager for Community Development at Fife Counci, who was literally the needle and thread that sewed us all together in the last 100m, when we needed it most. Now is the time to relax a bit, reflect and start preliminary plans for next year’s event – it seems we’re doing it again!“

Check out the full results for Kirkcaldy Parks Half Marathon via the link from runABC Scotland. 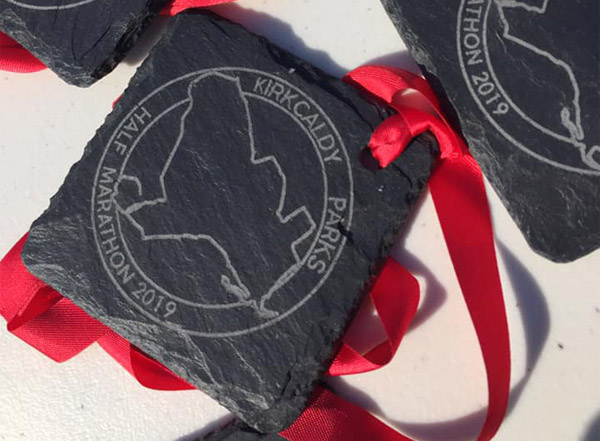