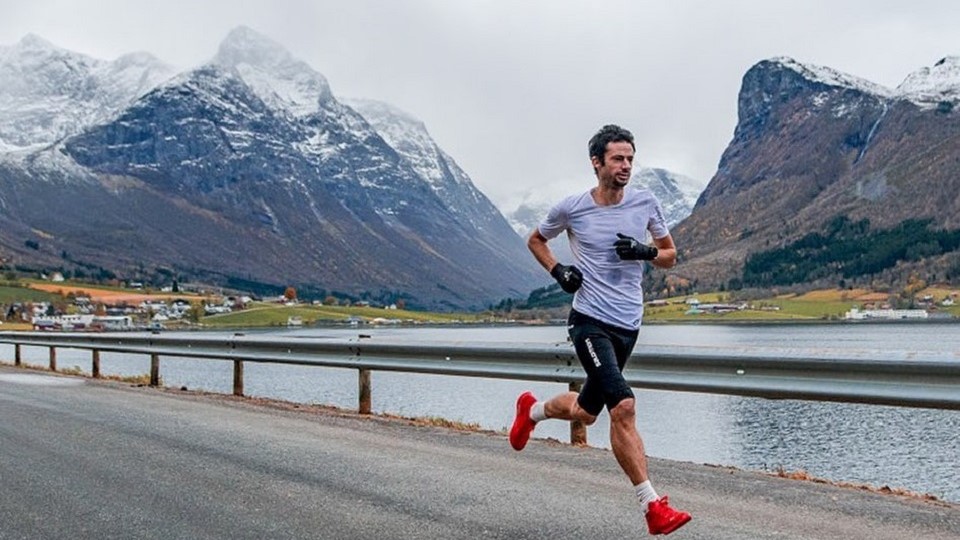 “It didn’t go as I thought. I was expecting to enter that pain zone, to push my body, but I broke in another way”, six-time Skyrunner World Series champion Kilian Jornet posted on Facebook after being detained overnight in the local hospital for tests, after being forced to drop out of his attempt on the world 24-hour track record on Friday (27 November).

The race was held in bitterly cold conditions, with the start delayed as the track surface was de-iced to provide the six starters with one clear lane of safe running surface. The entire event was live-screened by Salomon – who sponsor the professional 33-year-old Catalan athlete – and it made strangely compelling viewing for this correspondent.

It was with an uncomfortable mixture of respect, awe, and concern for both the athletes' and officials' welfare that we saw the drama slowly unfolding in the most challenging of elements. The all-weather track, which nestles amongst mountains in the coastal village of Mandalen, about 450kms north of Oslo, was blue beneath the frost that hard-working members of the local club fought to remove throughout the 24-hours.

Kilian Jornet had started well, although was not alone in the early stages. Sebastian Hakansson (Norway) stayed with the world-record pace and at 100kms had moved around eight minutes ahead. Hakansson was to go on to set Norwegian records for 100kms, 100 miles, and 12 hours before withdrawing from the race himself with exhaustion.

It had already been dark for five hours when Jornet was forced to stop after completing 134.8kms in 10 hours 24 minutes, later citing chest pains, dizziness, and extreme tiredness and on the advice of the track doctor, he was taken to hospital for tests. It later emerged that Jornet's preparations had been hampered by acute periostitis (typically seen in shin splints) during the summer while trying to transition from mountain running to road racing.

On a more positive note, Jornet ended his Facebook message: “Now I will take a break, try to rest a bit. Racing is unpredictable, sometimes even with great preparation things happen, but races and mountains will still be there”.