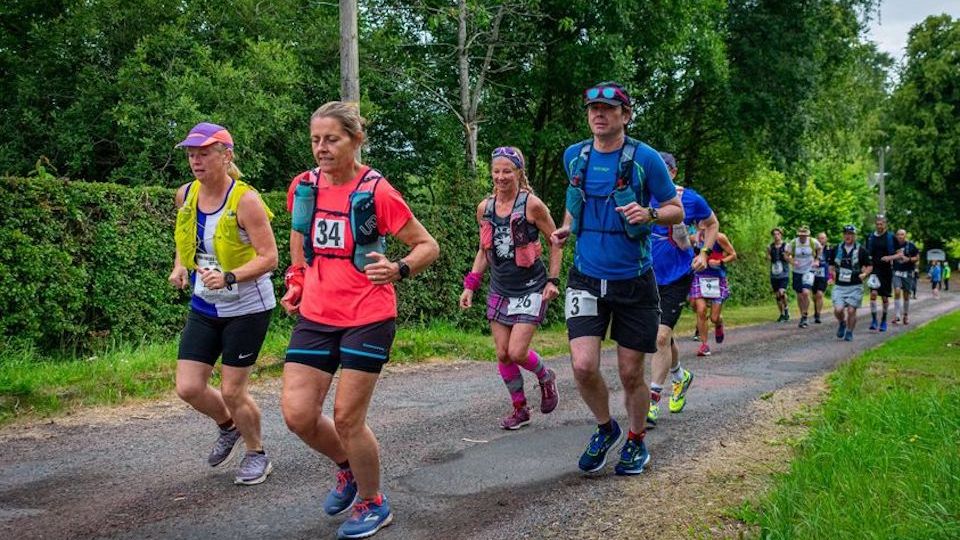 Runners Stride On in Memory of John Lucas

Organisers Strathaven Striders ‘did themselves proud’ on Saturday, at the latest edition of one of the most important events in the club’s calendar, the John Lucas Memorial Ultra.

Praise for the club, its volunteers and marshals after the race was universal, with one participant noting on social media that she ‘had never been to a race where she had felt so welcome’.

The race, created to honour club member and West Highland Way race veteran John Lucas, is an epic 46-mile mix of road and trail, starting and finishing at the Strathaven Brewery. Tweaks to the route by the organisers brought three new off-road sections for participants to enjoy.

The route, which can be tackled as an individual runner, as a team of two in the ‘Buddy Race’ or as part of a five-person relay, includes an 11-mile jaunt through Whitelee Windfarm, offering runners views through to Arran, Ailsa Craig and Ayrshire to the West, and Greater Glasgow, Ben Lomond and The Campsie Hills to the North.

Sixteen teams of five completed the ultra course as a five-part relay, with Cambuslang A coming home first. Their time of 4:55:56 was well inside the nine-hour time limit for teams, and just over half an hour ahead of their runner-up clubmates, Cambuslang B.