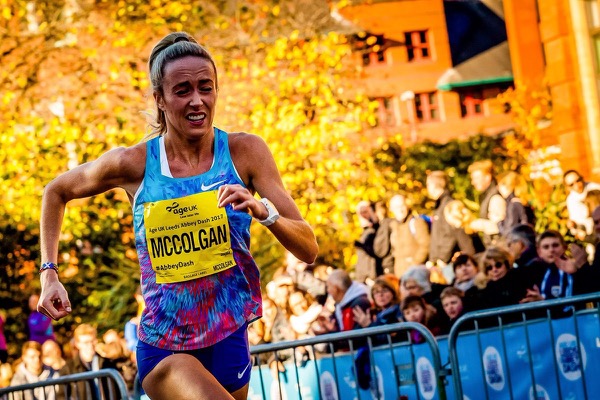 This Sunday (3 November) will see the 33rd year of one of the north’s most anticipated events, the Age UK Leeds Abbey Dash. The race is expected to draw in close to 12,000 participants, with course record holder Eilish McColgan set to compete and aiming for a third successive victory.

Sunday’s route will see runners take to the streets of Leeds to tackle a speedy course that moves from Town Hall and passes some of the city's most important historical buildings, including Kirkstall Abbey, before returning to Yorkshire TV studios on the way to the finish line.

Last year witnessed a new female course record holder in McColgan, with the Scottish runner breaking the previous best time, set in 1990, by Jill Boltz. McColgan defended her title in convincing fashion to take first in 32:05 – 10 seconds quicker than the longstanding female course record. Emma Mitchell took second in 32:51, while Ashley Gibson took third in 33:30. McColgan comes to Leeds after an impressive win over 10 miles at Great South Run.

The event has raised considerable funds for Age UK, helping the charity’s work to support vulnerable older people across the country, including for services that help tackle loneliness.

Look out for runABC’s race report early next week.