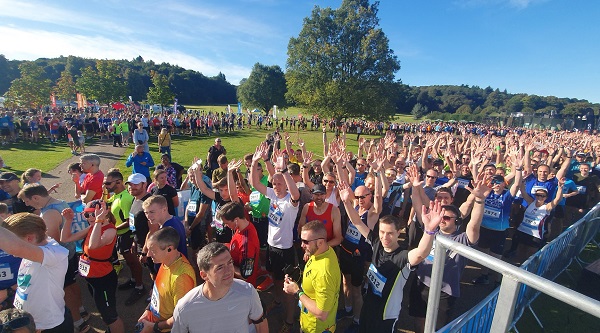 Hands up for Run Reigate Half Marathon!

They certainly know how to put on a race at Intersport Run Reigate. Once again there were more than 4,000 finishers in the four event programme at the sixth hosting of this community-based event in Priory Park on Sunday (15 September).

Special touches at Run Reigate 2019 included prizes presented by last year's half marathon winner Kevin Quinn; the unique Run Reigate PB bell to ring; more than 1,800 car parking spaces provided by local businesses for a suggested charity donation of £3 and the terrific Canon UK Kids Race that was sold out for the fourth successive year with 1,101 finishers.

Intersport Run Reigate event was voted UK’s Best Half Marathon at The Running Awards 2017 and 2019 and was silver medal winners in 2015 and 2018. Run Reigate Canon Kids Race was also silver medal winner in 2019 and the tremendous turnout of well over 1,000 youngsters this year should help the claim for top honours. Fastest young milers were Luis Granger (6:11) and Katie Foss (6:32).