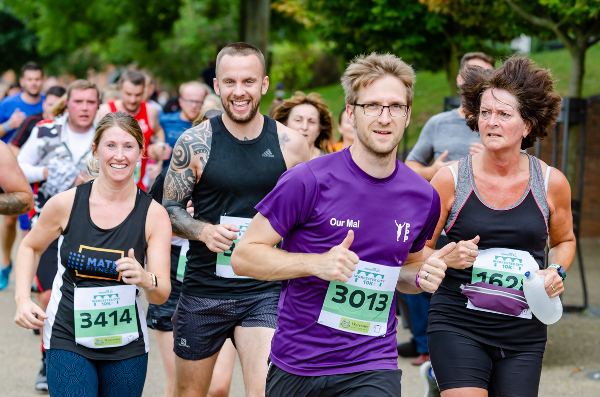 The streets of Worcester echoed to the sounds of pounding feet as thousands of runners made it a Sunday (15 September) to remember. They were part of a record breaking Worcester City Runs event.

Blue skies and sunshine were the order of the day at the Air Products Worcester City Runs. A partnership between Events of the North and Worcester City Council it saw runners of all ages participating in the 10K, Young Athletes Run and Half Marathon. They were supported by volunteers and spectators who applauded them for their efforts and contributed to the feel-good factor at the event.

GB Paralympian and Air Products ambassador Kayleigh Haggo was the official starter of the Half Marathon at 9am as over 1,050 runners set off in pursuit of PBs and personal glory. Omar Ahmed of Birchfield Harriers was the winner in 1:03:28 and posted a new course record; Julia Bijl of London Heathside was the female winner in 1:20:12.

The Young Athletes Run was held at 9.10am. This was followed by the 10K at 9.45am – the largest of the three races with over 2,300 runners experiencing the sights and sounds of this cathedral and university city. Simon Birch of Hinckley RC was first across the line in 32:03; Sophie Booth of Black Pear Joggers won the women’s race in 37:53.

Mayor of Worcester, Councillor Allah Ditta summed up the event saying: “It’s been an absolute triumph with more people participating than ever before.”