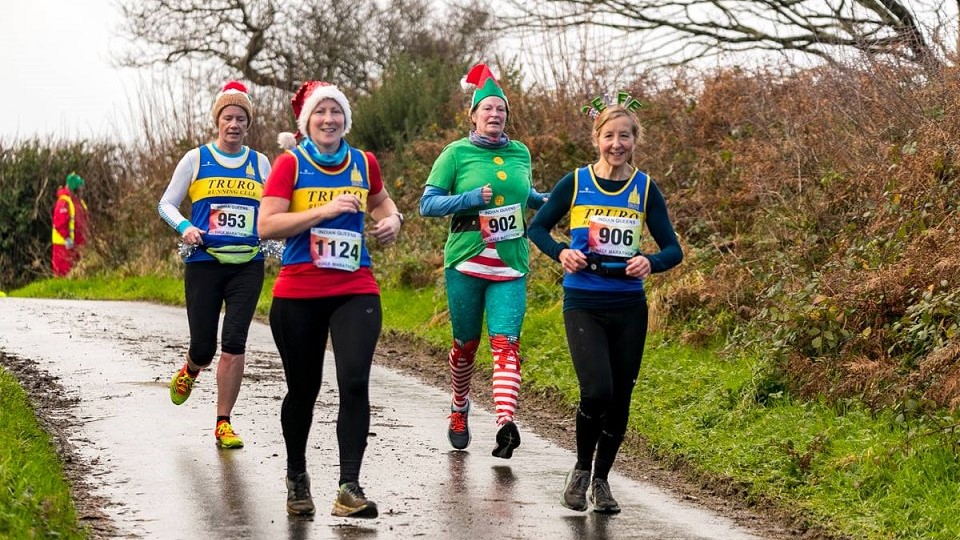 Indian Queens Half reminds us how things were

It was less than two months ago but it feels like a whole different era. On Sunday 20 December the final large-scale running event of 2020 took place in Cornwall, which was then subjected to the relatively relaxed Tier 1 restrictions to control the coronavirus pandemic.

And from the vantage point of February it's encouraging to look back at the 38th Indian Queens Half Marathon staged in rural Cornwall, midway between Newquay and St Austell, with a self-imposed 720 entry limit.

Organised outdoor sport was still permitted then, although there were restrictions that prevented travelling from higher tiered areas. There were 248 finishers as some entrants were unable to attend.

The race is organised by locals to raise money for local schools, clubs and charities, assisted by the Cornwall running shop PB Running on the day. Great care had been taken to ensure safety for all, with a 20-point Covid guidelines plan implemented by the hosts.

This race normally takes place in August and is typically hot and held on a multi-terrain course. The organisers were faced with postponement to December plus a change of route as Natural England declined permission to use the Goss Moor Trail in the winter.

The replacement route was two laps, hilly and all on road. The HQ remained at Indian Queens Workmens Club. Due to the uncertain situation with the pandemic, there was a no-refunds policy, with any profits going to support local causes.

The final time of 3:59:59 is readily explained. Sarah Bazeley (W50, St Austell Running Club) was diagnosed with a grade 4 brain tumour in August 2019, which was removed in September, followed by debilitating chemotherapy and radiotherapy. Sarah bravely battled through the tough run with her daughter Libby to raise funds for Brain Tumour Research, exceeding their £300 target 10-fold through their JustGiving page here