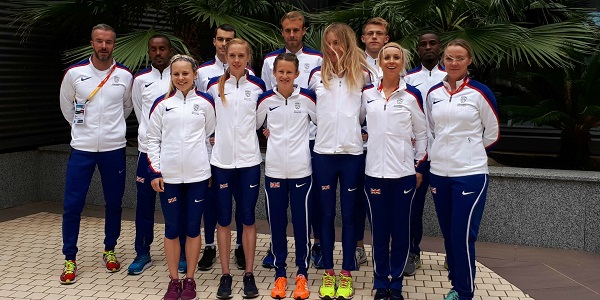 World Record Smashed In World Half

The women-only world record was smashed by Ethiopia's Netsanet Gudeta and Geoffrey Kamworor (Kenya) secured a hat-trick of titles at an exciting IAAF/Trinidad Alfonso World Half Marathon Championships in Valencia on Saturday (24 March). Britain's women were seventh and the men's team 11th led by Charlotte Purdue and Mohamud Aadan respectively.

The outstanding performance was clearly that of Netsanet Gudeta who trailed the outright world record holder and pre-race favourite, Joyciline Jepkosgei (Kenya) in the early stages before kicking hard for victory by 43 seconds in 66:11 to smash the previous women-only world record and championship best of 66:25 set by Lornah Kiplagat in Udine in 2007.

Jepkosgei (66:54) and Kenyan team-mate Pauline Kaveke Kamulu (66:56) were the other medal winners and Jepkosgei had the consolation of retaining the world record (64:51) she ran in Valencia last October in a mixed race. Ethiopia took team gold from Kenya and Bahrain.

Almost as impressive was the men’s winner, Geoffrey Kamworor, who was also the world champion in Cardiff in 2016 and Copenhagen in 2014. Kamworor's second half pace was remarkable, including an astonishing wind assisted split of 13:01 between 15km and 20km!

Kamworor was to construct a winning lead of 20 seconds as he arrived at the dramatic finish line at the Museu de les Ciències Príncipe Felipe in the Spanish east coast city. The runners-up were Abraham Cheroben (Bahrain, 60:22) and Aron Kifle (Eritrea, 60:31). The team result mirrored that of the women's race.