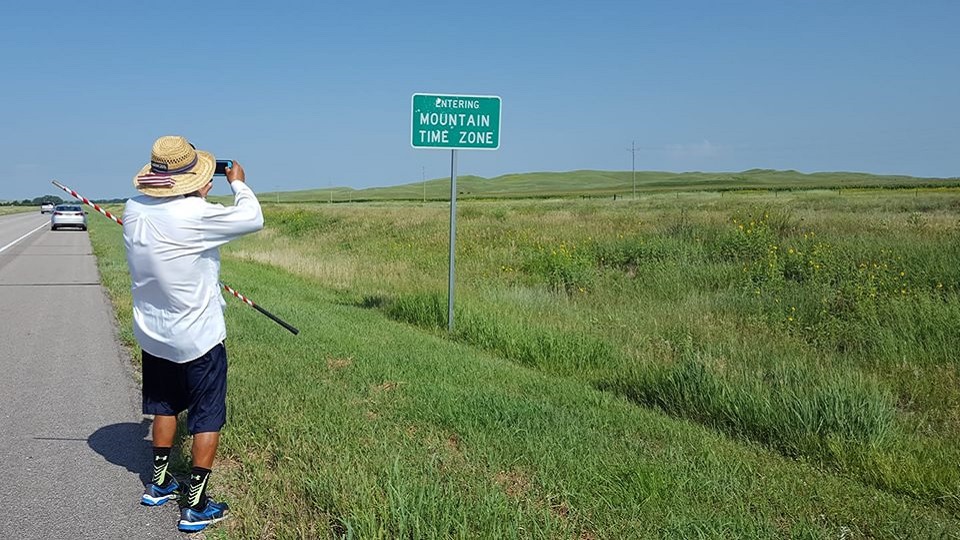 It was always going to be the case that any virtual event organised by eccentric Barkley Marathons creator Gary 'Lazarus Lake' Cantrell (pictured) would prove to be something extraordinary.

The initial concept was for a 1,021.68kms (approximately 635 miles) replacement for one of the world's toughest endurance races through the unforgiving territory of Frozen Head State Park, Tennessee, with up to 6,000 competitors.

The virtual version started on Friday 1 May, runs until Monday 31 August, and has exploded into a worldwide, mile-eating virtual run-fest, with 19,589 runners representing 82 countries and 22 of the 24 time zones! The greatest overseas participation is from Great Britain with 1,067 registered runners.

Soon after the launch date, it was obvious that 1,000kms was nowhere near far enough for some competitors and so RAT (Run Across Tennessee) became BAT (Back Across Tennessee) with an actual total of 2,043.36kms (1,270 miles) for the exclusive Double Crossing medal.

The event required a tough but achievable 5 miles a day for four months, which was perhaps the attraction for so many entrants. The minimum requirement is also a useful yardstick by which to measure – and indeed marvel at – the achievements of the elite endurance athletes who have finished.

The first lady of GVRAT is Canadian Terri Biloski, who completed her first crossing of Tennessee in step with the men's winner before slowing slightly on the return journey for a 31-day RAT and BAT. The top Brit was Claudia Burrough – fifth in 16 days on the outbound leg and improving to fourth overall after the inbound journey for a total of 34 days.

Of course, it wouldn't be a Barkley Marathons spin-off without some degree of controversy and that has been provided by the results showing a mystery participant, who goes by the alias of Gingerbread Man, completing his RAT in 11 days and BAT in 26 days – just ahead of the official winner.