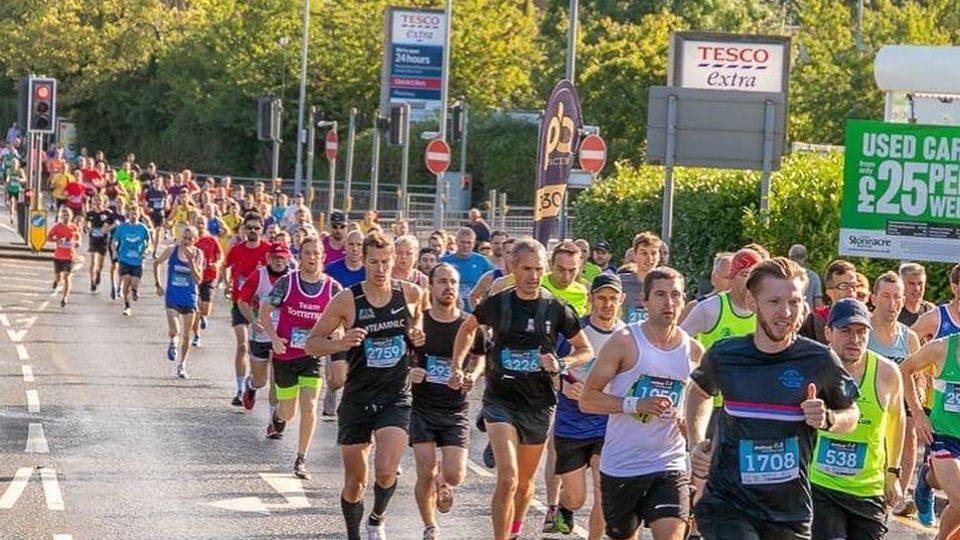 Hotting up at the Stafford Half

Third victory in a row for Kelly Butler.

The weather was unseasonably warm for runners at Sunday’s (19 September) Stafford Half Marathon as they completed 13.1 miles with plenty of local support. Definitely a day to stay hydrated...

It felt like pre-Covid times as a good turnout of runners from local clubs and further afield lined up on Earl Street, nervous and excited in equal measure as they waited for the 2021 Stafford Half Marathon to begin. Rain early on had given way to sunshine and rising temperatures in a final blast of summer for September as they set off at 10am away from the town centre. A 1 Mile Fun Run took place at 10.10am.

The route included Radford Bank, Beaconside and the Isabel Trail – location for a popular Saturday morning parkrun – then continued through the attractive Victoria Park before finishing in front of cheering crowds in Market Square. PB Pacers did a sterling job of helping many runners to achieve their target time.

Matthew Costello of Shrewsbury AC sped across the line to win in 1:12:13. Steve Forsyth of Prestatyn RC was second in 1:13:21 with a gap of nearly three minutes between him and Mark Fanning who was third in 1:16:20.

Stafford obviously suits Kelly Butler who won the women’s race in 1:22:34, making it a hat-trick of victories for the Birchfield Harriers athlete. She finished more than 9 minutes ahead of Trentham RC’s Lynne Callaghan who was second in 1:31:43. Sarah Whitaker was third in 1:32:09.

Doug Alcock of Trentham RC deserves a special mention for setting a new M70 record of 1:34:47.

A full set of results can be found at the RunABC Midlands Race Listings page.

Entries have opened for the 2022 Stafford Half Marathon via the Freedom Leisure website.