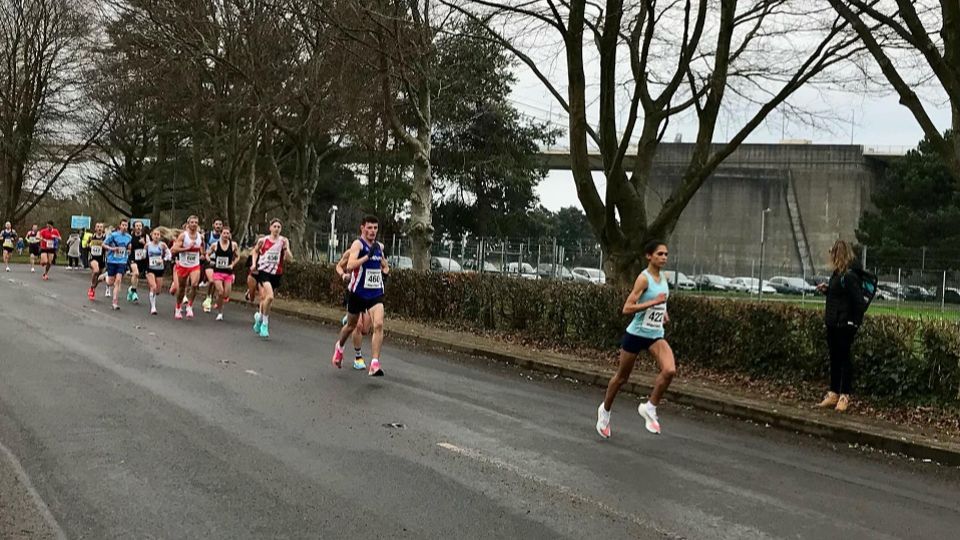 Swiftly does it at the Speedway 10K 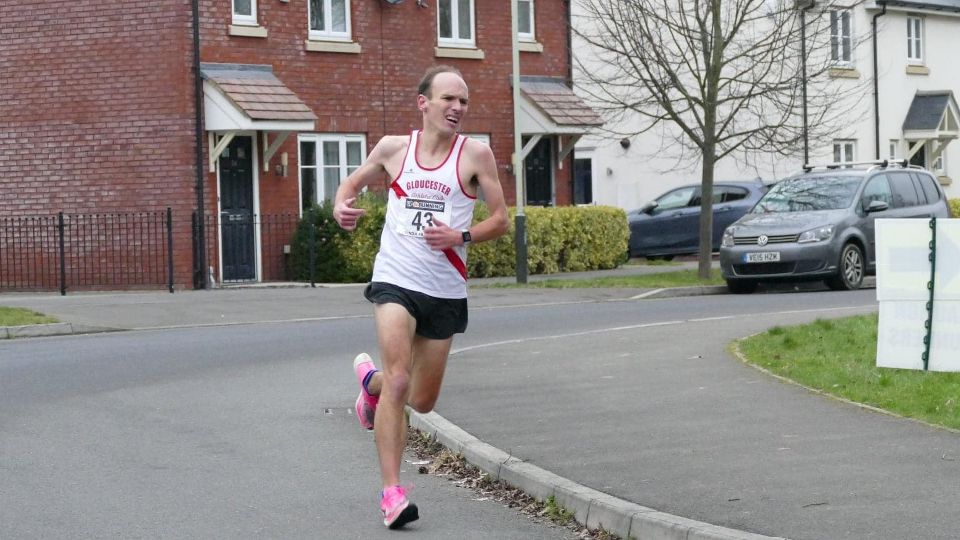 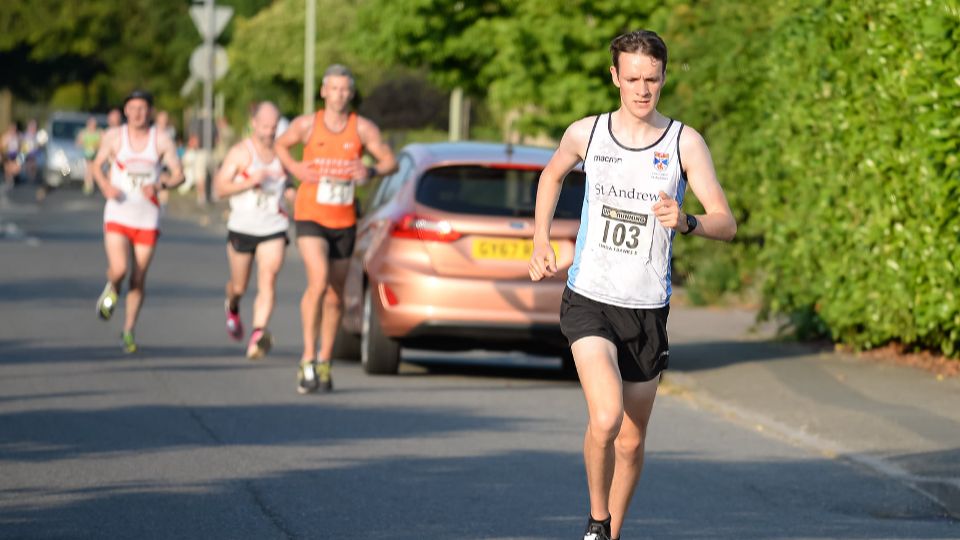 Almost time for the Linda Franks 5 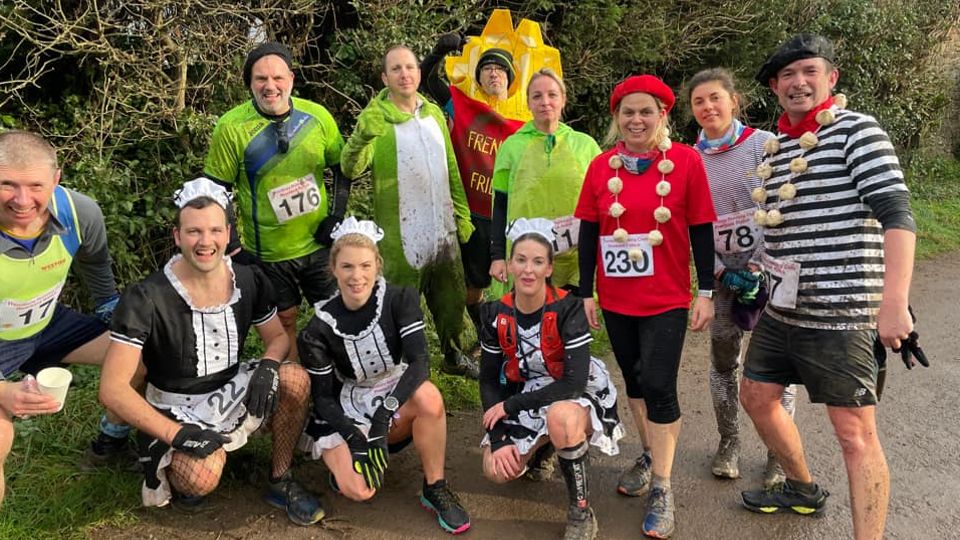 Enjoying a frolic at the Rollick 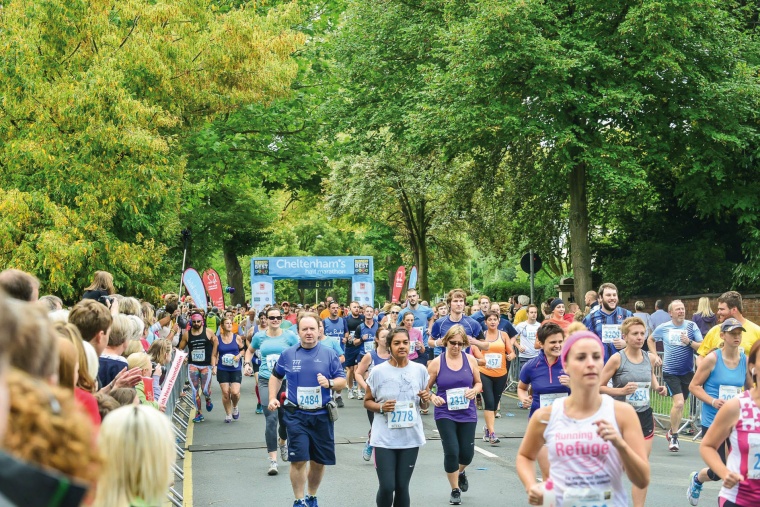 The sporting landscape in Gloucestershire is dominated by the world-famous Cheltenham race course, successful professional cricket and rugby clubs and a quirky cheese rolling race each May. The latter of which makes international headlines as the height of British eccentricity.

But it has also a vibrant running scene with the gorgeous Cotswold towns characterising some of the most stunning off-road and road running routes available in England. Coupled with the type of quirkiness that sees hundreds chasing a round of cheese down a steep hill, the county hosts several themed races throughout the year that attract runners from far and wide.

These include the Stroud Beer Run, a 7.2mile road run that promises the top 100 a beer at the finish and the Cranham Beast a weekend of trail running in a traditional West Country carnival atmosphere.

There's lots of fun in the Gloucestershire running scene but that doesn't mean it doesn't have its serious side. Cheltenham-born Dan Robinson was ' for several years ' Britain's leading male marathon runner. He represented Team GB at the 2004 and 2008 Olympic Games finishing 23rd and 24th respectively in Athens and Beijing. In between, he won bronze at the 2006 Melbourne Commonwealth Games and was 11th at the 2007 World Championships in Osaka.

Gloucester-born Vicky Holland represented Team GB in the triathlon at the 2012 London Olympic Games and won bronze at the 2014 Commonwealth Games in Glasgow. In terms of cult heroes, none come any bigger than the incredible Steve Edwards. The Moreton in Marsh runner is possibly the planet's most prolific marathon runner with a stack of records including over 600 sub 3:30 marathons under his belt. At this October's Bournemouth Marathon Festival, he is scheduled to complete his 700th official marathon.

There is also a healthy club scene with over a dozen well-attended clubs speckled across Gloucester. With five regular parkruns also taking place on a weekly basis in the county, there is no shortage of event opportunities.

In Cheltenham's Half Marathon, Gloucestershire has a real focal point for the county's runners. The race had nearly 2,000 entrants in 2013, nearly 3,000 in 2014 and a sharp rise was expected again for this year's event in September. And there's more good news with the arrival in 2016 of a new Gloucester City Marathon billed as a scenic race on closed roads. Gloucestershire has a running scene to make you smile, but it's not all cheesy.

We are compiling a list of running groups, clubs, stores and facilities in Gloucestershire. If you would like to add information to our listing please get in touch with us.

Something missing? If you'd like to add your local club to our list of clubs in Gloucestershire then please get in touch with us here

This Girl Can has been a high profile activity campaign, urging women across the country to get fit. But for one Gloucester club it’s more a case of ‘this girl already has been for years and years’. 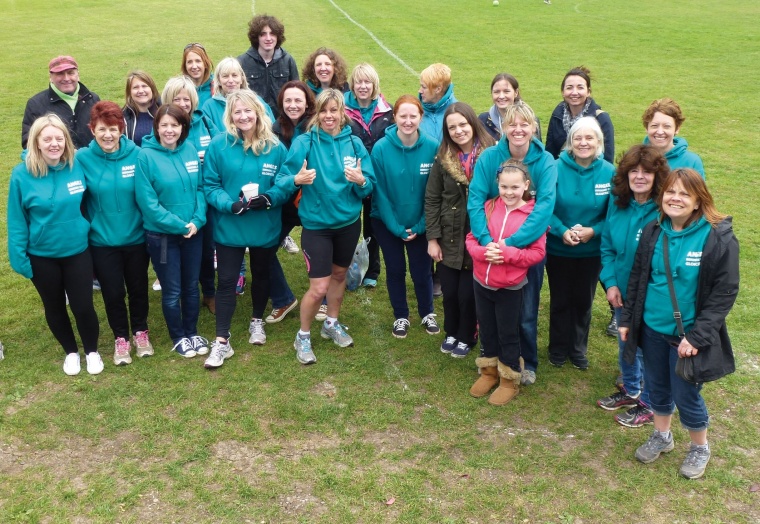 Angels Running Club has been in operation since 1988 with a female-only membership who meet twice weekly. They also organise an annual 10k event which men and women can both enter. Edwina Driver-Dickerson is one of the founder members and she spoke with runABC.

Tell us a little about the history of the club:

The Angels were the brainchild of Inger Baud 27 years ago and I’ve been with the club from day beginning in 1988.

What is a typical training night at the club?

We meet regularly on a Wednesday evening and go out on different runs according to ability. We also have a Tuesday efforts session for people wanting to improve their running / racing times

Tell us about the membership …

Our club consists of approximately 55 female runners - we have a committee which meets regularly to decide the week to week running of the club.

What is the biggest achievement by the club?

I think that has to be our longevity. We were the first all-female affiliated running club in Gloucester and still are!

Does the club organise any races?

We organise the Angels 10K which is part of the Gloucestershire AAA County Road Race series so it attracts some pretty decent runners. It’s also popular because it’s a an exciting and undulating course with

breathtaking views of the Malverns and the River Severn. Anthony Bailey from Cheltenham & County Harriers and Shona Crombie-Hicks from Bourton Roadrunners were winners in 2015. The race starts and finishes at the Woodpeckers Cricket Club in Ashleworth village so there’s nice buzz about the event.

Tell us about the social life of the club?

We have regular social runs on a Wednesday evening (off road in the summer). And we also hold a social evening to have tea and a chat once a month after our Wednesday run. We usually plan a big trip each year – this year we’re off to Center Parcs in October and we have plans to do the local parkrun when we’re there!

If you had to describe the club in three words what would they be?

Something missing? If you'd like to add your local running group to our Gloucestershire list then please get in touch with us here

The power of social media is behind the rise of Hucclecote Harriers.

We find out more …

A Gloucestershire running group that perfectly demonstrates the power of social media is Hucclecote Harriers. The village group was instigated in March 2015 by civil servant Ben Oldlady, a keen runner looking for people to train. He explains: “It started by going onto various associated Facebook groups - anything with Hucclecote in the name I just put a little message on there to say when and where I’d be going for a run and if anyone wants to join me, then come along.

“I did that for about four weeks and on the first night about 25 people turned up.” Now the group has about 250 members on its Facebook page with a hardcore of 40 runners turning up weekly.

“It’s every Tuesday night, we meet at the War Memorial. Usually 7.30pm, but now the light is fading it’s more like 7pm. We do a six week rotation, so we do something different every week for six weeks. Then at the end of week 6, we revert to week 1 and we do that rotation three times in a row.

“Then at the end of the three sets of six weeks we choose a new set of six runs to do. One week might be a sprint training session for an hour at the field, another week we run up a hill called Stump Lane, which is exactly a mile long from bottom to top. We run up and down that.

“Other times we might do off road running and split into three or four groups by ability level. Some days we might do a straightforward road run where we split into groups and it will be anything from 5k to 12k.

“Then we might also do a 20 minute out and 20 minute back run. Obviously the better you are the further out you go and it’s a test to see how far you can get out each time to see if you are improving. We also do a circuit based running exercise, it includes running drills, lunges and tyre drags, resisted running – just something different to work the muscles.

“Men, women, young, old, every running ability goes and we’ve run a ‘Couch to 5k’ as a separate group. The minimum requirement is to be able to run maybe two miles at whatever speed you like. But there are those who can only run one mile who can come to the out-and-back weeks.

“We’re different to most in that we are a community-group run by each other. We have got as many as 15 people who can take their turn to lead the group. With a rugby referee, bank clerks, hairdressers, police officers, and refuse workers among the group, the Harriers are an eclectic mix. But there is something in the air that keeps them coming back every Tuesday.”

If you want to find out more or join, simply apply to be a member via the Facebook group Hucclecote Harriers

Do you operate a service for runners in the Gloucestershire area? If you'd like to be added to our list please get in touch with us!

One popular local service is Longlevens Chiropractic & Sports Injury Clinic which has become the go-to place for athletes and runners of all abilities. Established in 2006 by Director Simon Rose, the Gloucester-based practice is used by the county’s foremost professional sportspeople. The five-strong team are keen sporting enthusiasts with the highest level of expertise. On-site facilities include digital x-ray facilities.