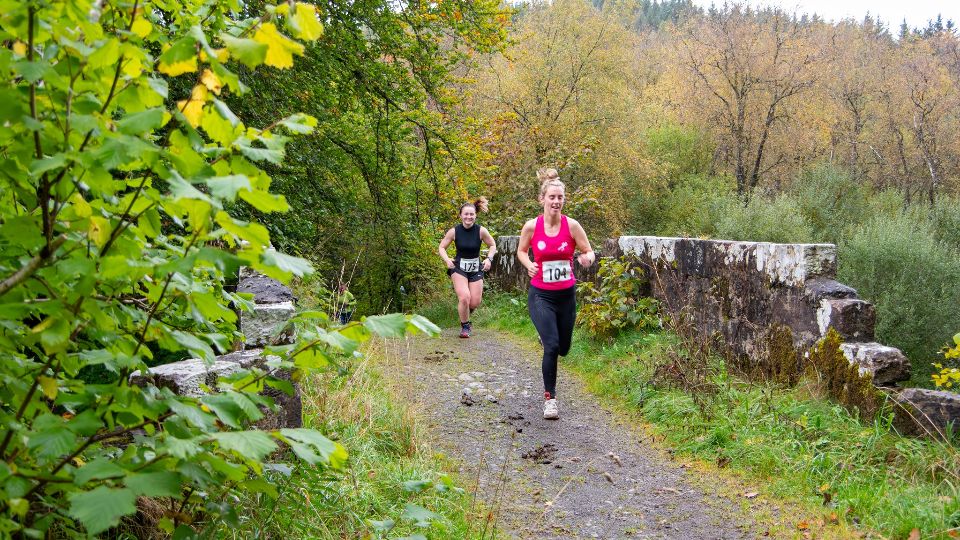 More than half the entries to the 2022 edition of the Hillbilly 10K have been sold, just days after they went on sale.

This year’s edition of the event sold out in just over 24 hours and raised £5500 for Cancer Research UK. The early October race was, in the words of one finisher, ‘a great event for a great cause’.

Next year’s edition of the Hillbilly 10K – its eighth – will see the event return to its usual February slot in the race calendar (Sunday, 20 February 2022), with competitor numbers increased to 450 from the 300 available in 2021.

The 2022 edition of the Hillbilly 10K will follow its traditional 10K-long cross-country route, starting with 2K of single lane tarmac road and carrying on through farm tracks and woodland paths on the Craigengillan Estate in Dalmellington, East Ayrshire.

The increasingly popular Cani-fit division will also return for 2022, with four legged runners setting off five minutes before those with two legs.

All competitors will receive a memento and the chance to enjoy the event’s legendary post-race free buffet.

There will also be prizes for category winners, including the highly competitive 1st Local Male & Female Claim to Fame. No entries will be taken on the day.

The seventh edition of the Hillbilly 10K was won by Kieran Cooper (36.46) of the University of St Andrews, who has been top of the podium since 2018. Second overall and first veteran was Chris Lorimer (40.40), followed just under two minutes later by Angus Meldrum.

First female across the line by a shade over five minutes was Dumfries Harrier Lindsay Stewart. Kenzie Sharkey (51.52) and Alexandrea Gonzales (52.17) followed.

The Hillbilly 10K is organised by Ayrshire-based Butterfly Events, who donate all entry fees to Cancer Research UK. Since 2007, their voluntary committee has raised an astounding £463,000, which has helped fund ongoing research into all types of cancer in the UK.

Full results for the Hillbilly 10K 2021 are available from runABC Scotland.