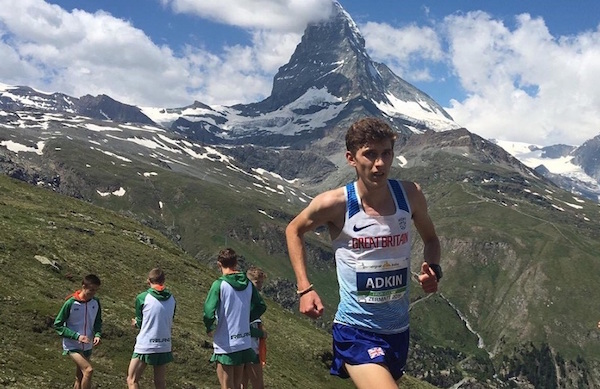 Gold in the European hills for Scots mountain runners

Both the senior and junior men’s teams won gold medals at the event, held in Zermatt, Switzerland.

Jacob Adkin, the first British runner to win a senior European title since 2016, won the race by 25 seconds. Making his debut at senior level, Adkin was coached to victory by Scotland’s Robbie Simpson (Deeside Runners), who was also a member of the men’s senior team.

The weekend’s win for the senior men’s team saw them top the European podium for the first time ever, beating Italy by one point.

Interviewed after his double-gold day, Adkin said: “Going into the race, I didn’t have any specific expectations. I initially set out fighting for the team, and the individual placing didn’t really enter my head until I hit the front about a third of the way through.

“But when the opportunity presents itself to potentially get an individual medal at a major championship, that pushes you on alongside the massive support of team mates and crowds at the side of the route.

“And ultimately, you want to do the hill justice don’t you?”

Reflecting later on Twitter, Adkin said: “In an amazing landscape, it’s a moment I won’t forget for a long time: European Champion and Team! I owe so much to incredible family & friends, you won’t know how much!”