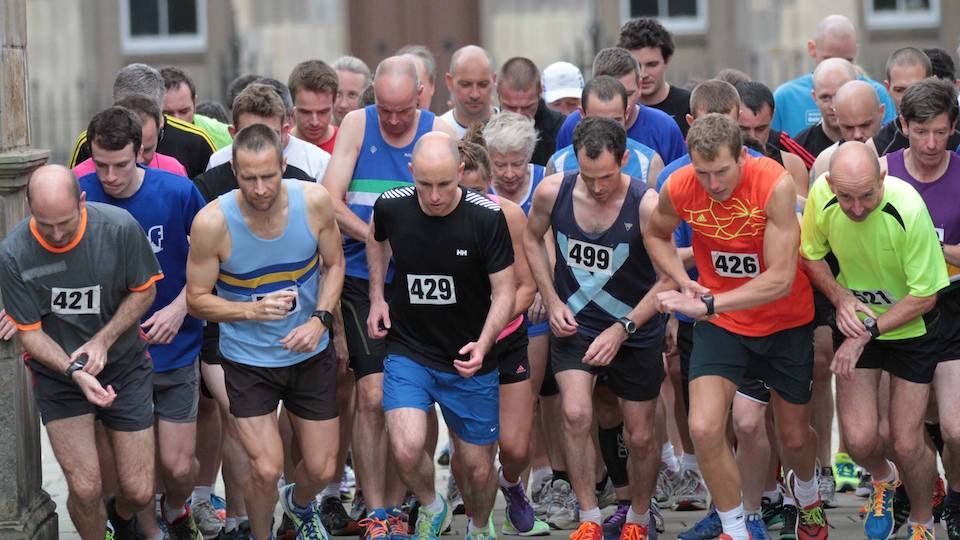 Liven up your lunch hour with 3K on the Green

After a break of nearly two years, Glasgow’s 3K on the Green will be making a welcome return this week.

A much loved part of the city’s race calendar since 2011, the first ‘real life’ race since the pandemic will take place at 12.30pm this Friday, 28 January – and hopefully the last Friday of every month (except December) going forward.

Organiser Alasdair Murray confirmed to runABC Scotland that the race would follow the same flat, accurately measured out and back route in Glasgow Green as before.

The last real life event was held in February 2020, attracting over 100 runners – many of them city workers on their lunch breaks. Since the start of the pandemic a few virtual events were held, to help keep up awareness of the event.

With so many of us now working from home, Murray isn’t sure what attendance will be like on Friday, but is nonetheless delighted to be going ahead. “It’ll be what it’ll be,” he told us.

Murray encourages everyone who can to take part. “It’s a distance not often raced, which makes it different. Like a 5K parkrun, you can head out quick from the start, or not. The event has a friendly, relaxed atmosphere as well.”

This year 3K on the Green's charity partner will be Macmillan Cancer Support. In past years, the event, which costs just a donation to charity of £2 to enter, supported Hospice UK, Maggie’s and Mencap. Since its inception in September 2011, 3K on the Green has raised over £14,000 for charity.

The brevity of the race distance belies the quality of runners that 3K on the Green has attracted over the years. The current record holders are Luke Traynor (Giffnock North), whose mark of 8.20 was nearly broken by Cambuslang Harriers’ Gavin Smith in the February 2021 virtual edition of the race (8.22).  Scottish 10K champion Jenny Bannerman (Inverness Harriers) has held the women’s record of 9.41 since 2016.

Full results from previous edtions of 3K on the Green can be found on runABC Scotland's website.