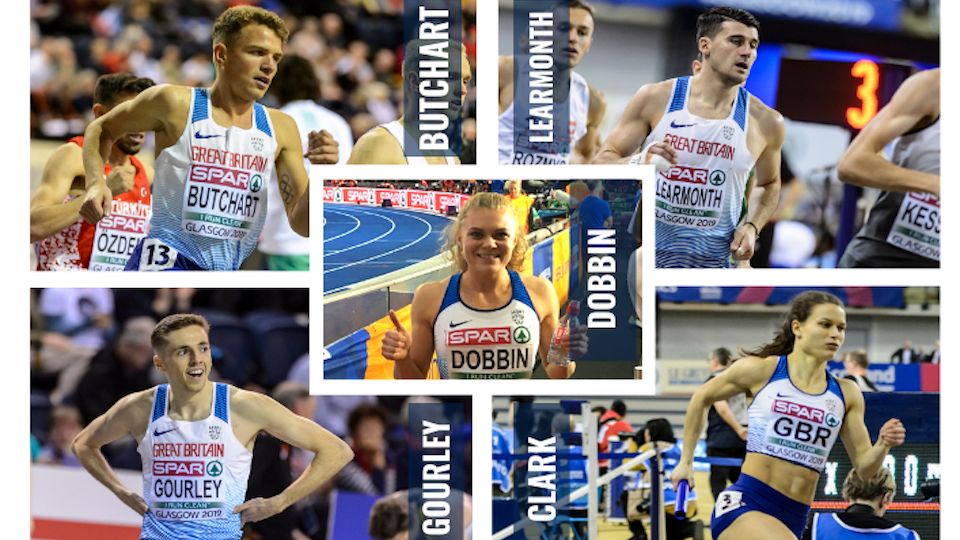 Hard work and focus of Scottish athletes pays off with selection

British Athletics has just announced that their 41-strong team of athletes heading to the 2021 European Athletics Indoor Championships next month will include five Scots.

After trials in Manchester and Loughborough at the weekend, Neil Gourley (1500m), Guy Learmonth (800m), Andy Butchart (3000m) have all been picked to represent Team GB & NI for individual events. Zoey Clark and Beth Dobbin will form half of the women’s 4 x 400m relay squad.

The Championships will take place next week in Torun, Poland, over the three days from 4–7 March.

Some top Scots athletes like Laura Muir – current world 1500m and British 1000m champion – did not put themselves forward for selection, preferring instead to focus on the upcoming Tokyo Olympics.

Olympic Head Coach at British Athletics, Christian Malcolm, said: “I’m pleased to be selecting such a strong Great Britain and Northern Ireland team for the European Indoor Championships next month. It has been a challenging time for all athletes and coaches recently, but we have seen some incredible performances.

“Of course, we are looking to maximise the number of opportunities to win medals, but it is also about providing opportunities for developing athletes as well as established athletes to achieve a GB&NI vest. We have a real mix in the squad with several young athletes demonstrating their potential in really challenging circumstances. I am really looking forward to seeing how the team perform in Torun.”