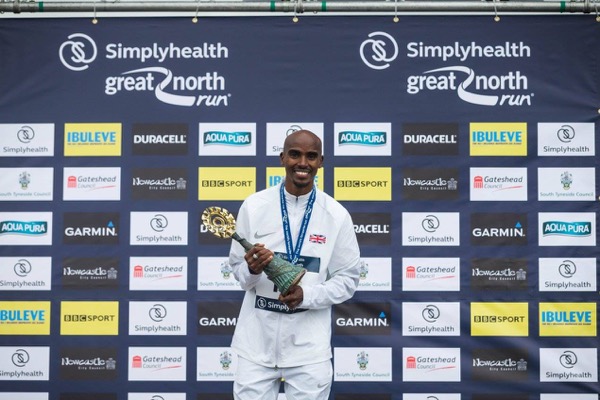 There will be another stellar cast at next month’s Simplyhealth Great North Run with confirmation that both Sir Mo Farah and Vivian Cheruiyot will compete. If successful, Farah will become the first ever runner to win five consecutive races at the Tyneside event.

Farah’s first outing at the Great North Run came in 2013 when he faced Kenenisa Bekele and Haile Gebrselassie. The UK athlete had to settle for second when Bekele accelerated hard down 'Heartbreak Hil' and put enough distance between himself and Farah that the latter’s infamous kick was unable to close the gap.

Farah said: “I can't wait to come back to Newcastle and race again. It's something I look forward to every year, the crowds are always unbelievable and it's a good course for racing. To be the best in the world you have to beat the best and it's going to be no different here. I'm looking forward to the challenge.”

Olympic and World champion Vivian Cheruiyot, meanwhile, has confirmed she will return to Tyneside as she bids to make it two Simplyhealth Great North Run victories in three years. Cheruiyot made a blistering start to her GNR career with victory in 2016 yet finished second to Mary Keitany last year.

Speaking ahead of the event, Cheruiyot said: “I am looking forward to returning to England for the Simplyhealth Great North Run. It was a magnificent race when I won here for the first time in 2016 and I want to be on top of that podium again next month.”

The Great North Run will be broadcast live on BBC 2 on Sunday 9 September from 9.30am.