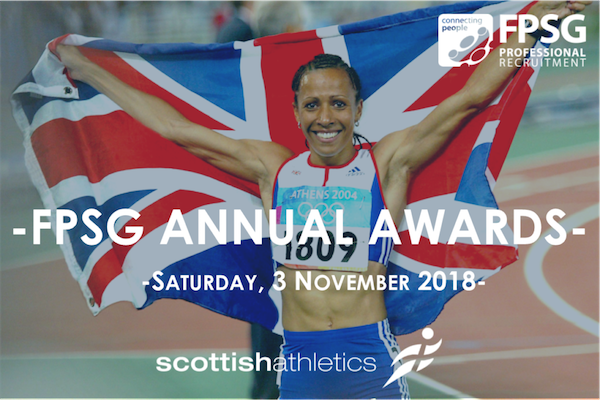 Designed to recognise and reward the dedication, commitment and success of coaches, officials and volunteers, the FPSG Annual Awards have acknowledged over 100 worthy winners across various categories since their inception.

Nominations from members of the Scottish athletics community are now sought in three broad categories– Clubs, Coaches and Volunteers – as follows:

Full descriptions of the categories and eligibility requirements as well as instructions on how to nominate can be found on the scottishathletics website. The deadline for nominations is 5pm on Friday 14 September 2018.

This year’s Awards Dinner will be held at the Glasgow Hilton on Saturday, 3 November, with the extraordinary Dame Kelly Holmes the guest of honour. Tickets for the Awards Dinner itself are on sale now, priced at £45 per person or £425 for a table of ten.

All finalists will receive one complimentary ticket to the Awards Dinner, while the winner of each category will also be given a trophy.