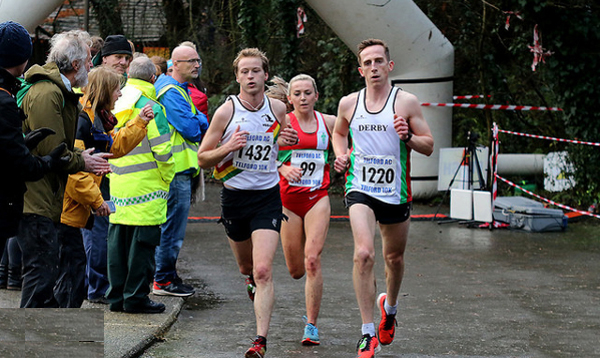 Emily displays an iron will to win at Telford 10K

A commanding performance from Emily Hosker-Thornhill saw her claim the women’s title at the Telford 10K as she put down a marker at the fastest 10K in the country.

A member of Aldershot, Farnham and District AC, Emily Hosker-Thornhill is an elite athlete and cross country star who was making her first appearance at this race. She chose the number one fastest 10K in the country that always attracts a top quality field of athletes; many post sub-31 minute (men) and sub-33 or 34 minute (women) finish times. There were no sub-29 minute finishers at this year’s race although the top 17 runners went under 30 minutes.

She dominated the race early on, running strongly to cross the line to win the women’s race in 32:52. Another rising star, Hayley Carruthers of Birchfield Harriers was second in 33:18 closely followed by Jennifer Nesbitt of Worcester AC in 33:24.

Competition was fierce between the elite men with one second separating first, second and third places. Callan Moody of Serpentine RC, Jack Gray of Cambridge & Coleridge AC and Lucian Allison of Lincoln Wellington AC finished in 29:31, 29:32 and 29:33 respectively.

This was a professionally organised event from Dave Mansbridge and team at Telford AC. Feedback has been very positive with the pacers singled out for praise due to their unstinting efforts, helping many runners to a PB.

All profits from the Telford 10K are used to develop grass roots athletics and nurture the stars of tomorrow.