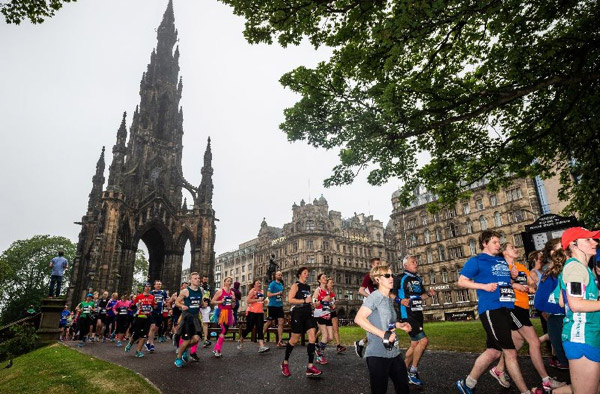 2020 Tokyo Marathon entrants, disappointed by news that this year's field has been drastically reduced to a few hundred elite participants, have been thrown a lifeline by Edinburgh Marathon.

justrunning.com - the platform which facilitates charity entries to the big Edinburgh event - will be donating 20 marathon entries for any runners affected by the recent decision by Tokyo Marathon. Tokyo would normally see a field of close to 40,000 but organisers drastically reduced the numbers for this year's race earlier this week out of fear of the spread of the coronavirus coming from China.

EMF marketing director Annette Aitken-Drummond said: “We’ve had a number of enquiries from runners affected and have decided to try and help out as many as we can. It seems a shame for runners to put all that training to waste. Hopefully via justrunning.com, we can offer a world-class alternative for Tokyo Marathon entrants.”

This special entry will be restricted to 20 runners, with each runner being encouraged to raise money for, or to make a donation to, Save the Children, a partner charity of justrunning.com

Save the Children has teams in Beijing, Guangdong, Shanghai, Sichuan, Xinjiang, and Yunnan. They have already delivered thousands of face masks to be distributed to health workers in Wuhan.

Tokyo Marathon is the latest large sports event to be impacted by the virus. Almost all sports events in China over the next few months have been called off, including next month's world indoor track and field championships and a Formula One race in April.

Edinburgh Marathon Festival now annually attracts more than 36,000 runners each year, has had an economic impact of more than £40 million for Scotland’s capital and helped raise more than £60 million for hundreds of charities.

To be considered for one of the justrunning.com entries, runners should email info@gsi-events.com with proof of their Tokyo Marathon entry. Entries are on a first-come, first-served basis and will stay open until Sunday (23 February) at midnight.