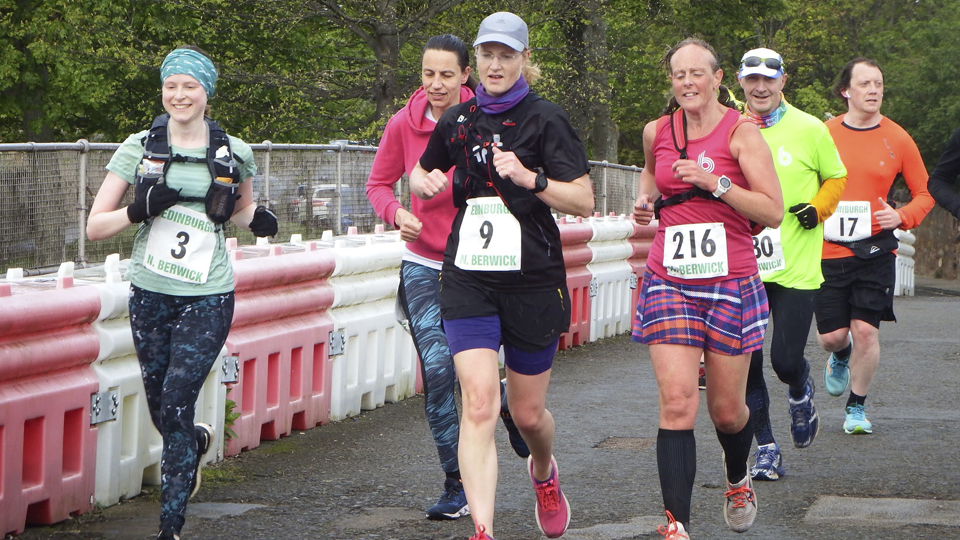 After a four year hiatus, the Edinburgh To North Berwick 20-miler was back at the weekend...

After a four year absence, the Edinburgh to North Berwick 20-mile race made an exciting return to the Scottish race calendar at the weekend (Saturday 7 May), with more than 170 runners taking part in the east coast classic.

The historic event was first run in 1958 and has been missing from the race calendar since 2018, much to the disappointment of many runners in Scotland. The 20 mile race follows a scenic route along the East Lothian coast starting at Portobello Promenade and finishing on Beach Road in North Berwick.

The race offers an excellent chance of a good time, being a mostly flat course on hard surface and is an ideal trial for any upcoming marathon. Runners this year didn't have the wind at their backs as they ran the coastal route - but nonetheless the first six runners home all went under two hours!

The winner of the race was Ewan Cameron (EAC) in 1:53.41, with club colleague Callum Reid coming in second, just 19 seconds behind. Charles Houston (HBT) was third. The women's winner was Victoria Campbell in 2:30:04, with Amanda Ferguson in second and Heather Darling (Portobello) following in third place.

The M50 trophy was won by Stuart Campbell (Corstorphine), with Duncan Ryan (Perth RR) 2nd. The M60 prize was taken by Terence Coyle, and the M70 prize was won by Brian Howie (EAC).

The trophy for race winners was given to the event in 1960 by the North Berwick Town Council and had 'gone missing' between 2009 and 2021, in a fortuitious turn of events the silverware was found earlier this year. The trophy bears the names of many distinguished runners and it has been a real boon for the event to find this link back to its past.

You can view all the results from this year's race via runABC Scotland's race listing page.

More information about the race can be found here.