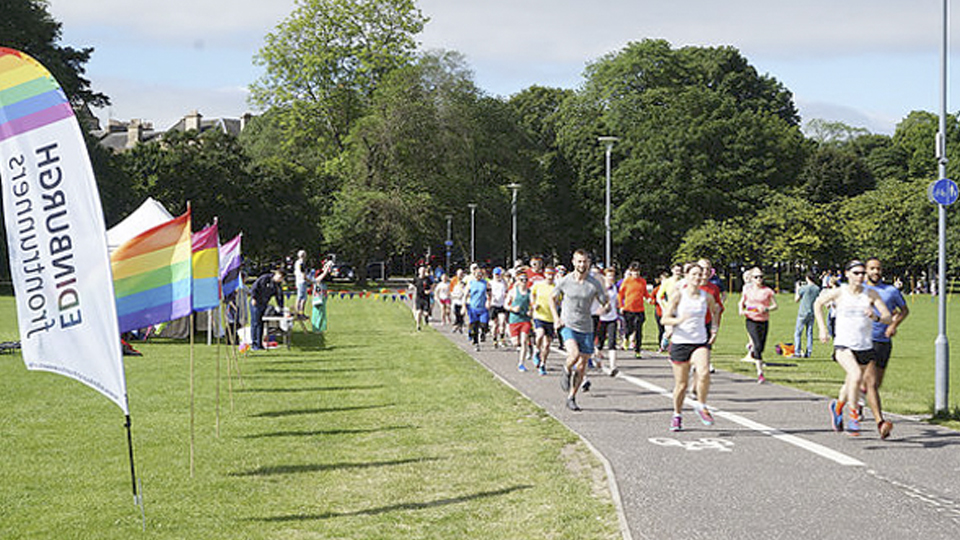 A Day To Feel Proud!

Edinburgh's 2022 Pride weekend promises to be a colourful and celebratory affair after a two year hiatus due to COVID. Adding to the fun is Edinburgh Frontrunners' 5K Pride Run which will take place at 7pm on Friday 24 June in the Meadows.

This 5K is all about costumes, colours and rainbows - all of which are 'strongly encouraged'! The race itself involves two laps of the paths around the Meadows and organisers promise the course is 'very flat', so it's only the odd corner that will slow you down. You could say it has real PB potential...

A spokesperson from Edinburgh Frontrunners commented: "EFR's Pride run has a few main objectives, one of which is to raise cash for charity! The others are of course to raise visibility of the club and LGBTI+ folk in general, and the minority identities with the queer community in particular.

"If you think you have a gender or sexuality flag we haven't tracked down yet, get in touch and bring it with you! And yes, that's a challenge - we've spent lots of hours searching for flags, ironing them and attaching them to canes so we can fly them on race day!"

The fun doesn't stop at the finishline though, this is a weekend of celebration so make sure you stop by the cake and bake sale which will be raising money for charity. If cake's not your thing (or doesn't contain enough caffeine), there are loads of options nearby.

And continuing the party atmosphere is a post-race ceilidh, the venue of which is just a 10 minute walk from the changing location. Tickets are £10 including food and to keep it even cheaper - you can bring your own bottle!

Edinburgh Frontrunners were involved with the process leading to ScottishAthletics' introduction of non-binary categories into running, and although they weren't the first race to offer the third category, they were the first to have an official ScottishAthletics permit for all three categories.

If you'd like to know more about this bright and bold event, visit the Edinburgh Frontrunners website here.