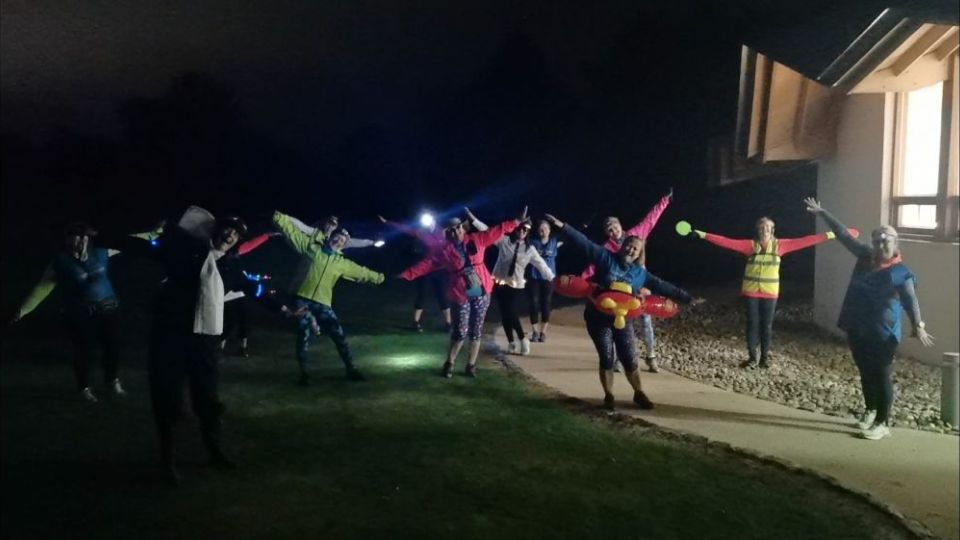 While the first ever ‘Run the Runway’ in aid of Maggie’s Dundee didn’t take off as intended on Saturday night, the city’s runners still revved up their engines to help the charity’s vital fundraising get off the ground.

Like other charities, Maggie’s Centres have suffered during lockdown, providing the same free services to people affected by cancer as before coronavirus, but with nowhere near the level of income via events and fundraising.

Originally planned as a springtime midnight dash on the runway of Dundee Airport – complemented by food, cocktails, stalls, games and fun for the whole family inside the terminal – the original vision became impossible to deliver because of coronavirus restrictions.

As Centre Fundraiser and event organiser Laura Boyd explained to runABC Scotland online, 'Run the Runway' went from being an indoor/outdoor festival, to something entirely outdoors, to one run in bubbles and waves. But it was the recent grading of Scotland into tiers restricting travel that put paid to any hope of holding a physical event.

As Boyd explained: “Even though Dundee was in Tier 3, half our runners would have been coming from Tier 2, and that just wasn’t fair.”

Determined that the event should be held in some form, Boyd and her colleagues reimagined 'Run the Runway' as a virtual 5K, inviting the runners who had signed up to run in their local areas – keeping the aviation theme alive through fancy dress, airplane poses or photographs of airport signs.

Boyd then put out the call to Dundee’s running community to register for and support the event – even if they couldn't fundraise. And Dundee’s runners answered that call.

Boyd said: "News of the event spread through word of mouth in the Dundee running community, and their enthusiasm has helped us get through. We’ve had so much support from them, and it’s so nice to know that enthusiasm is still out there these days."

The Taysmilers jogscotland group did their 5K for Maggie’s ‘Run the Runway’ – many in airplane and pilot themed fancy dress – on Monday night running to Dundee Airport and back from the Maggie’s Centre itself.

jogleader Elaine Hughes told runABC Scotland online that the night was ‘great fun’. She said: “We managed to help raise money for the Maggie’s Centre in Dundee, which is an excellent cause, but we also had a great time. For some it was their first jogging medal and for some their first 5k.”

Boyd admits she was ‘floored’ by the group’s efforts. “If that’s what they can do for a virtual run, imagine what they’ll do for the real thing next year.”

Since the opening of the ‘race window’ on 14 November, the 'Run the Runway' has raised nearly £2000 for Maggie's Dundee in registration fees, with more to come from fundraising and the efforts of other clubs, including members of Dundee Roadrunners.

The City’s ‘Girls Running Aboot’ will complete their run on 13 December, the second last day of the challenge.

In addition to claiming their bespoke medal, all runners taking part in 'Run the Runway' will be eligible for best aviation-themed photo and fastest runner prizes. The top fundraisers will also be entered into a prize draw.