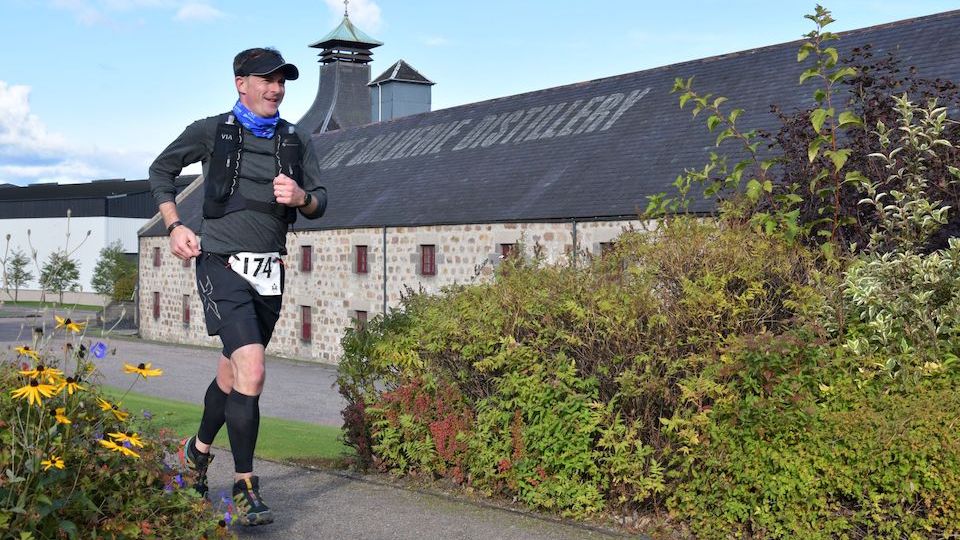 All three distances sell out within 24 hours

Runners keen to get racing again have lapped up all the available places for this autumn’s Dramathon – one of the North's most popular events.

Entries to the festival – made up of three trail races passing the sights and smells of whisky country – went on sale at 6pm on New Year’s Day. Twenty-four hours later, they were all gone.

The main event, the 550-place marathon length ‘Full Dram’ sold out first, followed by the 650-place 21K long Half Dram and the 350-place 10K Wee Dram. As of Monday night (3 January) limited places for the 4 x 10K We Dram relay run on the full Dram course remained.

The Dramathon, now delivered by Durty Events, has grown massively in popularity over the years – a popularity no doubt due as much to the gorgeous autumn foliage along the Speyside Way paths the runners use as to the whisky miniatures included in the goody bags collected at the race finish at the Glenfiddich Distillery in Dufftown. Finishers also receive a medal made from a whisky barrel stave and a Glencairn tasting glass with the Dramathon logo.

In a bid to reduce the event’s carbon footprint, organisers will be making this year’s t-shirts a non-profit making optional extra at registration. They have also chosen to use an Inverness based supplier to provide the t-shirts, made from recycled materials.

Waiting lists are now in operation for all events, to be held on Sunday, 15 October.