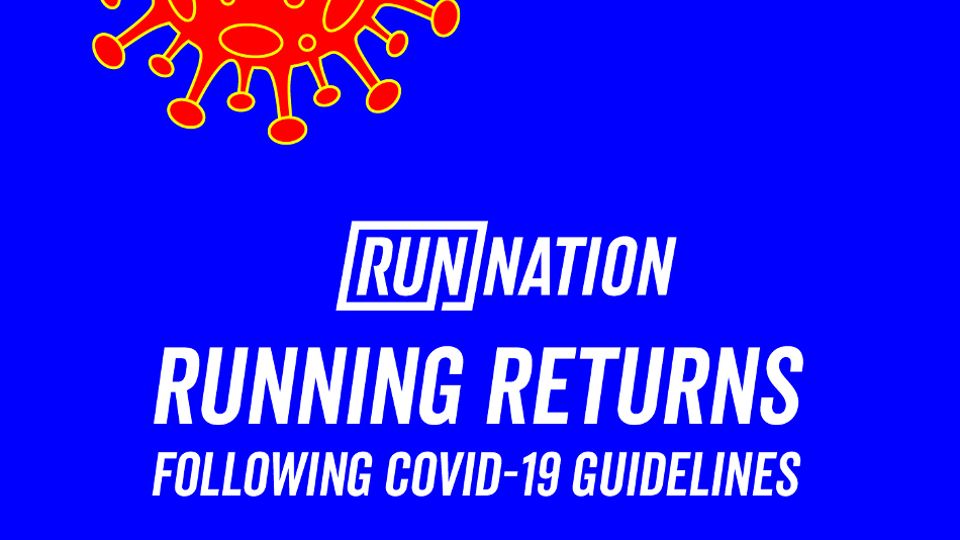 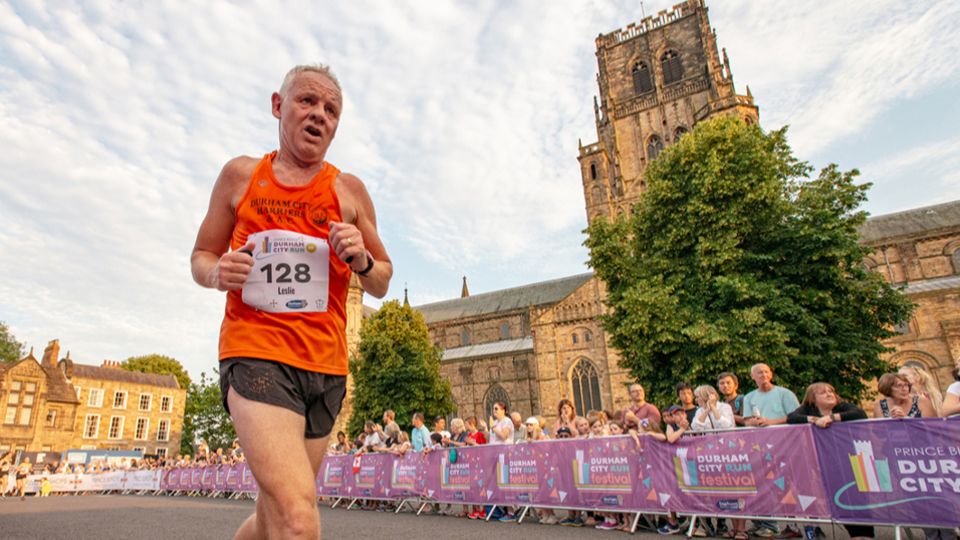 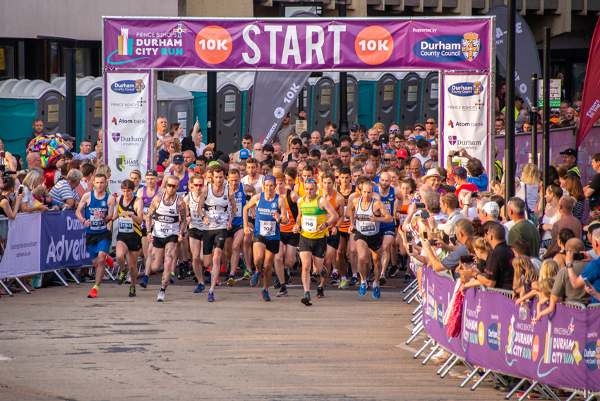 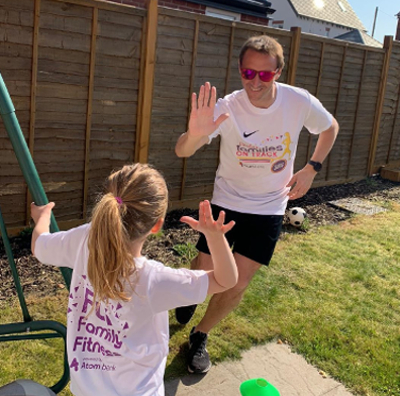 Paula’s Families at Home need YOU! 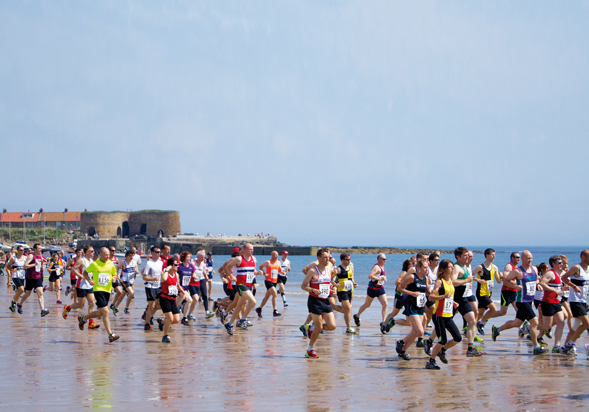 It's the turn of the Geordies and Mackems as we head to the north east. And when it comes to running in the region, the Great North Run is just the tip of the iceberg

If there's one event synonymous with the north east it's the Great North Run. As one of the biggest half marathons in the world, the Newcastle event projects a running-themed image of the region to millions each year. But there's much more to the north east than one race.

If the Great North Run is the north east's most famous running event, then Steve Cram is perhaps its most famous son (in terms of running at least) . The former world record holder added another string to his bow in 2010 by founding Kielder Marathon. The race, which takes runners through North Europe's largest man-made lake, has quickly earned a reputation as 'Britain's most beautiful marathon'.

Given the region is home to one of the country's most rugged and charming coastlines, there's no shortage of scenic events by water.

Northumberland Coastal Run draws close to a thousand runners each year, starting and finishing at Alnmouth Beach. Continuing with the beach theme, Sunderland Stroller's Pier to Pier Run in May takes participants from South Shields Pier beach to the pier at Roker Beach, Sunderland.

With the region's club scene continuing to grow, we speak to Iain Singer from the north east's latest running club ' Ashington Hirst. He tells us how his running contacts helped him quickly establish the club as one of the fastest growing in the region. From a Singer to a singer, Dawn Clennett tells us how being a member of her local choir led to her forming the group Coastbusters Hartlepool. Despite the name, she assures that the group favours hunting PBs over ghosts.

North east runners are well placed for the latest running gear and equipment with an abundance of running retailers. The region is served by Gear for Girls in Wooler, Start Fitness and Northern Runner in Newcastle, Runners Need in Gateshead and Start Fitness in Durham. When it comes to running in the north east, Gateshead is merely a gateway

In this section of the site runABC North focuses on the north east of England - its clubs, running groups, facilities and services.

The North East has a great network of running clubs both in the region’s cities and towns and in more rural areas - a mixture of well-known names and more recent arrivals. Check out our list of North East running clubs below.

If you’d like us to link to your club site please drop us an email via the website. Or if you’d like to add your club to our list please get in touch with your details.

Ashington Hirst Running Club is one of the newest UK Athletics affiliated club in the north east. runABC North spoke to founder Iain Singer to find out more about the latest addition to the region… 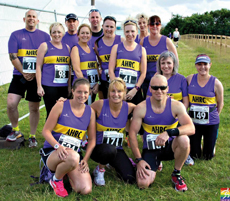 How did the club get started?

I was chairman at Blythe Runners when John Stacey, the local rep for England Athletics, approached me about setting up a group in Ashington over a year ago. It was pure coincidence then when I spoke to Hirst Welfare Centre (leisure centre in Ashington), I found out they had a three-year-plan that involved setting up an affiliated running club. I joined forces with them and we ended up doing it within a year!

How did you manage this?
Mainly through contacts. We have a lot of wonderful members who are keen as mustard. They all brought along their friends and quickly we had two groups and it grew and grew.

Where and when do you meet?

What events are you involved in?

My background is in club running – I’ve run over 40 marathons. I’ve been involved in the Druridge Bay Charity Run. We have also arranged a few non-running events – a nutritional evening, pilates etc. We’re now hoping to get two club races set up and a club championship. One possible location is a 5k round our local park. Its two laps make up about 5k so it’s perfect. We’ll initially trial it as a club championship and if it works out we’ll open up to the public.

Are you involved in your local parkrun?

We are. A lot of our members go along to Druridge Bay parkrun, both running and marshalling. We’re intending to take over the marshalling of it the day before the Great North Run so that should be interesting. I’m sure we’ll be kept pretty busy. I’m also involved in North East Marathons who arrange marathons/half marathons around the north east/ Northumberland. We’re going to be doing a marathon in Northumberland. Our favourite distances are 5ks and 10ks as they’re relatively easy to train for.  A lot of our members have young families so they’re good events to get others involved in.

Where do you run?

We regularly go from Ashington to past Wansbeck River where you can see the local rowing club training and it’s very pleasant. Another of our routes goes past Bothal, which is a typically historical Northumberland town. It’s quite hilly/undulating so good if you’re wanting to do hill training. Slightly further we like going over to Alnmouth which features a lovely run along the beach. It’s the same place the Northumberland Coastal Run is held.

Is there a strong social element to the club?

There is. We always enjoy celebrating anniversaries. For example, one month after we became affiliated we had a meal to celebrate. Then we had another meal to celebrate the year anniversary. We’re also going ten-pin bowling and will have a Christmas party too.

Tell us about the club’s links with Ashington College ...

Northumberland Active got in touch with me to set up a group for female teachers and students at Ashington College.  Most of our run leaders are female, as it happens, so it’s ideal.  The great thing about being a new club is everything is new so there’s nothing to go off. You’re not stuck in your ways and can do exactly what members want you to.

Running groups are aimed at beginners and those whose emphasis is on fun and fitness, letting people run in a safe and friendly environment, building up a camaraderie with fellow runners.

If you know of or operate a running group in the North East and would like to add it to our list, then get in touch with us here

Dawn Clennett tells runABC North how being a member of her local choir led to the formation of running group Coastbusters Hartlepool.

When learning that a group is called Coastbusters it’s difficult not to envisage runners donning matching flight suits and proton packs as they run through the streets of New York together. Suffice it to say, Hartlepool Coastbusters take a more conventional approach to their sessions. Founder and group leader, Dawn, explains: “The name of the club really stems from the fact that as we live right on the coast a lot of our runs tend to start from there.”

Dawn started running in 2009, initially to lose some weight. “Running was ideal as it fitted into my lifestyle and was free! I started off very slowly – one minute of running and three minutes of walking – and gradually built it up from there.” After improving, it wasn’t long before friends and acquaintances were asking for Dawn’s advice on running. To say they were singing her praises is not too far off the mark…“I’m a member of a ladies choir and they asked if I could start a group to help some of the girls train to complete the 5k Race for Life with Cancer Research UK.  That was in January 2014 and as the group was so successful we just kept it going and it evolved to include partners/boyfriends and friends/family.”

Given their multiple talents, are the group ever tempted to sing while they run? Dawn hasn’t dismissed this idea entirely: “We don’t sing while we run… Not yet anyway. But eventually, you never know!”

The group has since gone onto develop into two groups – a beginner’s group and an improver’s one. The group recruits new members twice a year – once in September and again in January.  “January’s a good one as everyone’s wanting to lose weight, and there’s also people who’ve made New Year’s resolutions to get fit,” Dawn explains.

The group takes an inclusive approach to new members: “Anyone who can run for 30 minutes or more is welcome to join at any point in the year. We never leave anyone behind and are a very friendly group who always encourage each other. The improver’s group tends not to run for longer than an hour. We sometimes combine the two groups. We go to various locations to keep it interesting. It’s a very laidback, relaxed approach to running so it’s not too competitive.”

Dawn does admit, however, that there is one element to the group that is competitive: “When we introduce games, that tends to bring out the more competitive side of our members. It’s all in good fun though – people just want to win!”

In addition to being group leader, Dawn is a passionate parkrun advocate, with her and other members taking part regularly in the Hartlepool parkrun. “I love the community feel of parkrun. Even the elite runners there give so much support to the recreational runners. There’s no snobbery and it’s a great way to introduce people to running.”

Coastbusters also enjoy regularly taking part in events, both locally and further afield. At the time of speaking to her, Dawn was preparing for one particularly well-known event. She explains: “I’m actually doing my first half this year – the Great North Run. I’ve done a lot of 10ks as it’s my favourite distance. Those include Sunderland 10K, Gateshead 10K, York 10K and Mull of Kintyre 10K. The list goes on…

Services for runners in County Durham

If you are offering a service to runners in The North East such as physiotherapy, sports massage, podiatry, personal training, nutrition advice etc please contact us here!