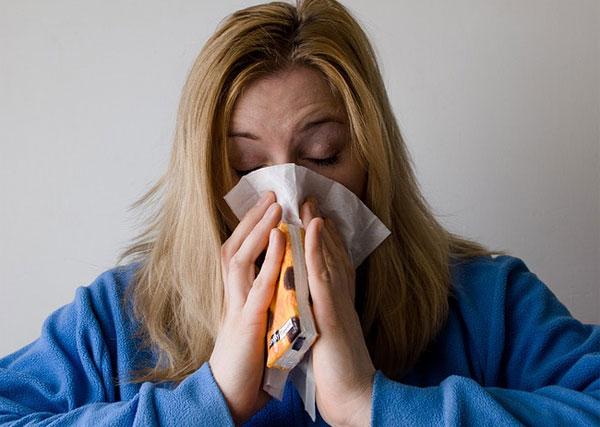 Should You Run With A Runny Nose?

As I write this, I seem to be surrounded by people with colds. As you read this, I’ve probably got one of my own.

No-one enjoys a cold, particularly men, who – as we all can accept – suffer far more than women will ever be able to understand. That’s a universal truth. But what am I about to say is on much shakier ground and does not come from any strong medical or scientific knowledge.

But I have not always followed the standard thinking of laying low with a cold, putting a pause on my regular running until I am back to full health. Conventional wisdom has it that you might even make yourself even more ill through vigorous exercise.

Do not take this as any qualified advice, but I have often found the opposite to be true. In fact, I have found on heading out with a cold, I have returned from a run feeling a notable improvement.

Getting a sweat on, gulping in the fresh air and clearing the pipes has invigorated me and left me feeling what would have been almost inconceivable an hour earlier.

So, I looked into it. The predominant advice is to rest and recuperate, giving the body space and time to focus on fighting the infections. Common sense stuff. Okay, more than that, backed by qualified experts, I grudgingly accept.

But, I also sought a second opinion. And I found some contrasting school of thought that suggested that yes, running whilst having a cold can help you feel better.

The release of natural chemicals such as adrenaline can act as a decongestant, clearing nasal passages and easing symptoms. The unconventional approach is not such weird science after all?

However, guidance also stipulates that before considering running with a cold, follow the neck test. If your symptoms are above the neck then running can be fine. If it’s below and you have a tight chest, for example, then recuperation is best.

Of course, if it is a man cold, then all bets are off. Hang on in there tough guy.