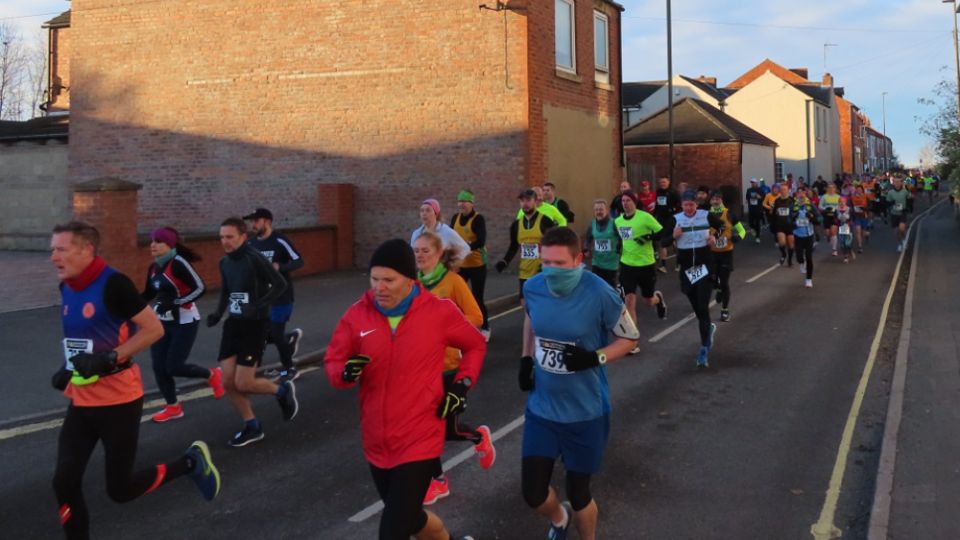 Bright and breezy return of the Clowne Half

Over 650 runners enjoyed a snow-free event.

The weather gods were kind to the organisers of the Clowne Half Marathon (Sunday 28 November), allowing them time to hold a successful race that was welcomed by all. Someone was looking down on them as the snow held off until after the race.

There was a good turnout despite the cold conditions as the Clowne Half Marathon hit the road again after two year’s absence. The Half Marathon started at 9am followed by a 1.5 mile (approx) Fun Run and, whilst the temperatures were on the chilly side, there was plenty of warmth and good cheer from the marshals and volunteers. Their enthusiasm and support went a long way...

Leaving Clowne town centre, the runners followed an undulating course that went through surrounding villages with the final three miles into a biting wind. Good winter training and more so if preparing for a spring marathon.

A powerful display of running by Kristian Watson of Mansfield Harriers saw him win the 2021 event in 1:10:05; more than five minutes ahead of Will Strangeway of Lincoln Wellington AC who was second in 1:15:54. Tony Pearson of Dronfield RC was third in 1:19:35.

Equally strong was Hayley Gill of Matlock AC who won the women’s race in 1:26:34; a gap of nearly three minutes between her and Carolyn Hay of Redhill Road Runners who finished second in 1:29:18. Treena Johnson of Dewsbury Road Runners took third in 1:30:32.

The complete set of results can be found via the runABC Race Listings page.

The burgundy hoody was a vote winner, especially in the cold and the cake equally popular.