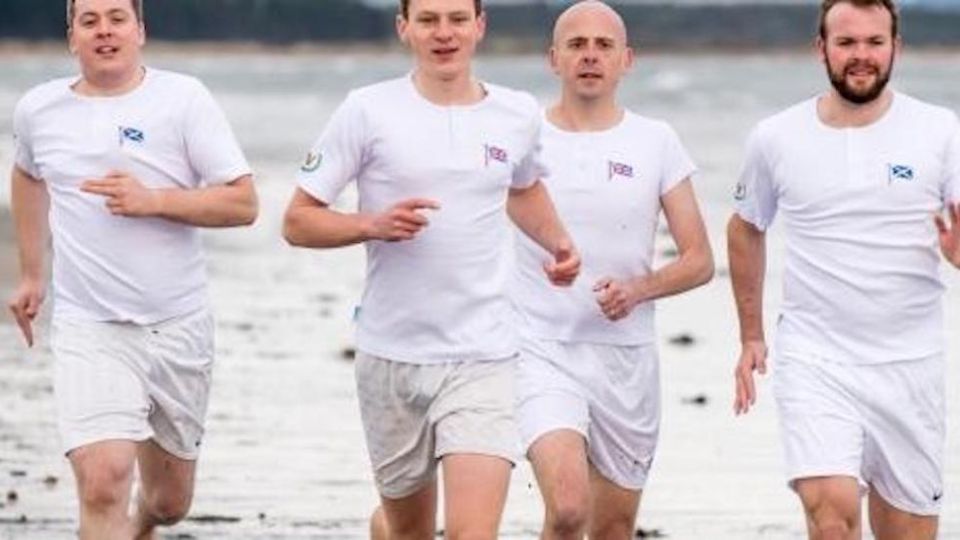 Back to the Beach for St Andrews Chariots race

Runners invited to enter anniversary event ‘with hope in their hearts, and wings on their heels’

With entries now open, the wheels are well and truly turning for one of the country’s most iconic running events, the St Andrews Chariots of Fire Beach Race.

The 2022 edition of the event, which commemorates the unforgettable opening ‘beach run’ scene of the 1981 movie ‘Chariots of Fire’, will be held on Sunday, 5 June.

Runners taking part will not only be celebrating the popular event’s return after a two-year enforced absence, but also its 10th anniversary.

The race itself is simple: a flat out and back chip-timed 5K along the shore, run entirely on sand and in the surf.  Flags and a piper mark out the half-way point for turning.

And just like in the movie, runners will start and finish on the same West Sands location to the sweeping strains of Vangelis’ famous theme tune.

Runners don’t have to run barefoot like their Hollywood heroes, but they are encouraged to dress all in white as per the famous flick.

Organisers say, “No one will stop you running if you don’t … but it’s much more fun … and makes for better photos if you run clad in all white! It also saves a lot of time retouching photos later on.”

Official race tees (white, of course) as well as buffs can be ordered during the online registration process.

The race is limited to 800 entries, with about half of them currently remaining. Prices have been held at 2018 levels, but all early-bird places sold out within the first ten minutes of the event going live. Online entries close Sunday, 30 May.

All finishers over 18 will receive a bottle of beer from the St Andrews Brewing Company (or a soft drink) and a Fisher & Donaldson fudge doughnut, with gluten-free/vegan options available too.

Proceeds from the event will benefit the RNLI and two St Andrews based charities, Families First St Andrews and Home Start NE Fife).