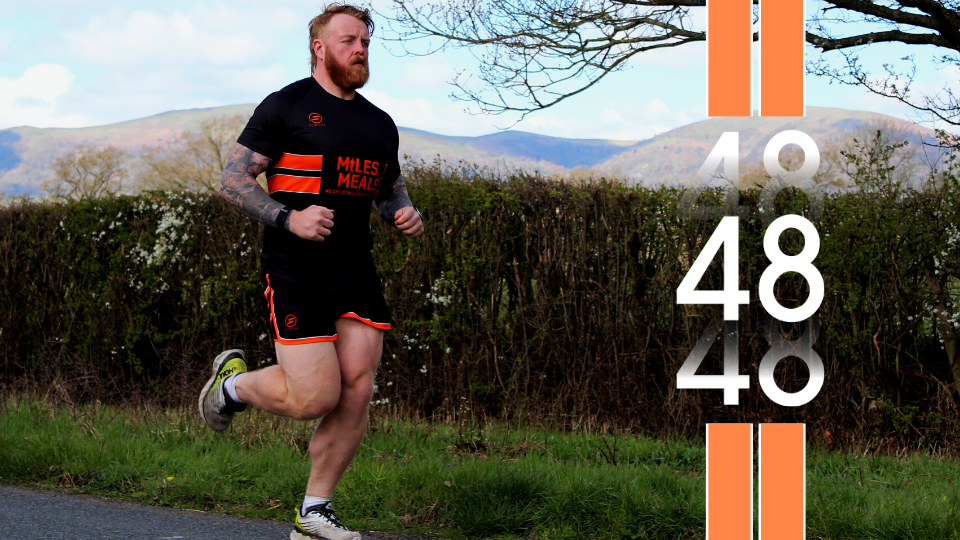 When John Clark successfully retained his Britain's Natural Strongest Man title in 2016 he weighed almost 185kgs (around 29 stones). Now he is preparing for possibly the most extraordinary feat of endurance ever achieved by a power athlete – to run 48 marathons in 48 English counties in 48 days!

How (and why) does a world-class strongman go from lifting enormous weights to shifting his own bodyweight over long distances non-stop for nearly seven weeks? runABC's Alan Newman was intrigued and set out to investigate...

As is invariably the case with these astonishing tests of mental fortitude and stamina the main motivating factor is to raise funds for a charity close to the participant's heart – in this case, the Trussell Trust campaigning and taking practical steps to end hunger and destitution. In the UK, more than 14 million people are living in poverty – including 4.5 million children. Trussell Trust supports more than 1,200 food banks, which have never been needed more due to the coronavirus pandemic.

John Clark, who owns and runs RISE/Fitness gym in Malvern, used to play rugby union for Malvern but broke his neck in 2012 when a scrum collapsed. Remarkably, he then took up strongman competitions when he was unable to return to rugby and won three successive UKSC Midlands Strongest Man titles. Once again, injury curtailed this career and after recovering from biceps reattachment surgery he decided to take up triathlon training – aiming to become an Ironman!

And so we move to 2021 and the latest challenge for the multi-faceted sportsman from Worcester, whose Instagram profile is appropriately listed as @thebending barbell

The 48/48/48 creates an incredible opportunity to take the Miles4Meals initiative to every county of England. A start date of Monday 5 July has been set and John is looking for volunteers and supporters to help with the initiative in their local county. Runners with local knowledge are needed to help by selecting a suitable marathon route or engaging the local community to run their own Miles4Meals fundraising programmes with a target to raise £48,000. 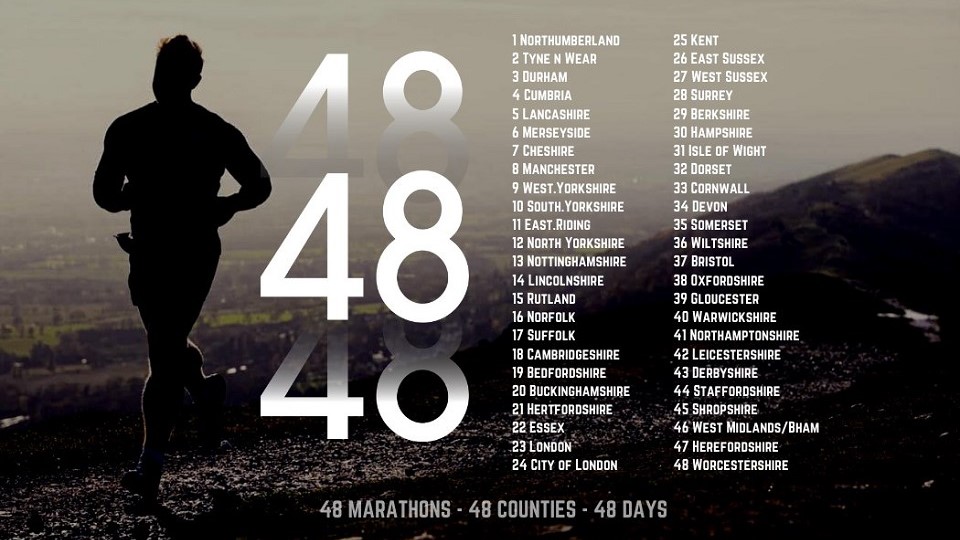