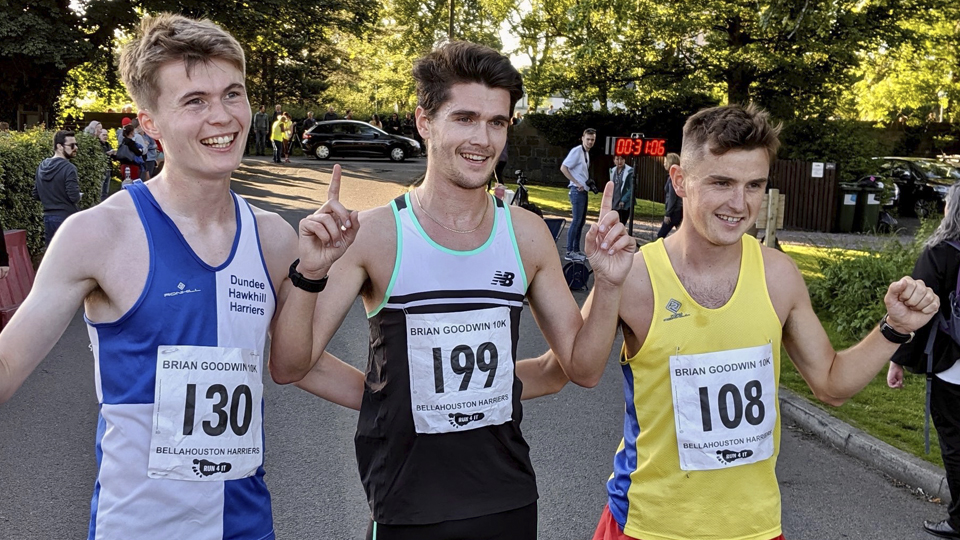 Hawkins, defending his title from 2019, is expected to be joined on the start line by his brother Derek – a fellow Rio 2016 marathoner – as well as a host of other top-class club runners on what promises to be another memorable night in Glasgow's Pollok Park.

The Hawkins brothers competed at altitude at the Bolder Boulder 10K in Colorado in the US at the end of last month. It was the first competitive outing of 2022 for Callum, who finished 10th in a time of 30:58. His first domestic race of the year came at the Roon the Toon 10K in Kilmarnock at the weekend. Derek, two places behind his brother in Colorado, showed his form at the Vitality London 10,000 in early May, recording a time of 30:07.

A threat to Hawkins’ title defence is another Kilbarchan AAC runner, Lewis Hannigan, who impressed on his 'Goodwin' debut last time out as a 15-year-old. Hannigan has a 10K PB of 29:36 and won European Cross Country Championships under-20s team gold at the end of last year.

Cambuslang Harriers’ Michael Christoforou is another athlete expected to challenge for podium places, having finished fourth in the 2019 race. His time of 30:17 at Kilmarnock on Sunday was good enough for third place in a race where 14 men all finished in under 31 minutes.

Included in that elite band were Daryl Reid of East Kilbride AC and Dougie Selman of Costorphine AAC – both are entered for the ‘Goodwin.' Inverclyde AC’s John Bell, who has recorded 10K PBs on the road and the track in the past six weeks and who was just seconds behind Reid and Selman in Kilmarnock, is another one to watch, as is Fergus Roberts of Ochil Hill Runners - another targeting sub-31 on the night. In an indication of the depth of the field more generally, 62 men expect to beat the 35-minute mark!

On the women’s side, Cambuslang Harriers’ Eve MacKinnon is perhaps the favourite, having ran 35:46 at Roon the Toon. Yvonne McNairn is likely to be the closest challenger. The Giffnock North AC runner was 36:33 in Kilmarnock. The two women were separated by just 12 seconds and three places at the National Cross Country Championships in February, in MacKinnon’s favour.

Katrine Kelly of Troon Tortoises, Lyndsey Fraser of Edinburgh AC, Jill Smylie of Giffnock North AC and Jessica Robson of Law & District AAC are the other female entrants who expect to break the 40-minute mark, with a keen battle anticipated for podium positions.

The combination of fast racing and a competitive field, a 'Friday night in summer' vibe and the promise of a free beer and burger at the finish line, always mark the Brian Goodwin Memorial 10K out as one of the most eagerly anticipated events on the running calendar in Scotland. This year’s event is once again a sell-out, with more than 500 people entered.

Find out more about the event at the Bellahouston Harriers website.