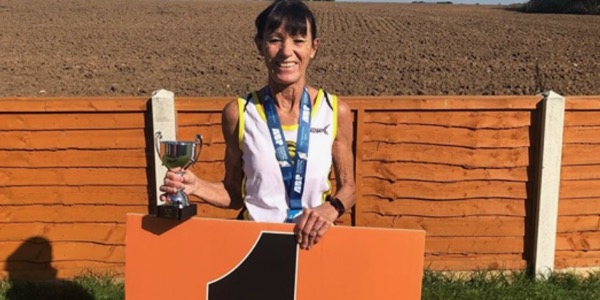 The recent (Sunday 15 September) ABP Humber Coastal Half Marathon and 5K played host to what turned out to be an all-time British record as Lynne Higgins, competing in the age category 65 plus, completed the 3.1 mile race in just over 20 minutes (20:02).

Lynne, who stopped running at the age of 17 and didn’t take up the sport again until she was 38, placed 25th overall at the event and was over 13 minutes quicker than her nearest competitor in the same category.

Speaking about her return to the running scene after a 20 year hiatus, Lynne said: ‘I started just running a mile at a time until I could run few miles always on my own running around Cleethorpes. Five years ago my son Spencer started to run and asked me to go to parkrun with him which I did regularly until my granddaughter was born then my Saturdays were taken up with babysitting!”

Lynne continued: “I now train 5–6 days a week running anything from 5–10 miles, further if training for a half marathon. My running highlights include running in a British Masters event last year and winning an individual gold medal for F60 5k and also team gold. If one person is inspired to run by my story I would be delighted.”

Race director Neil Pattison was delighted to hear of Lynne’s triumph and commented: “Lynne is an inspiration to many people. As a reward Lynne has been given a free entry to all of our 2020 races, so hope we will see some more records broken including the world record for a 5k, which Lynne was just 12 seconds outside. We will be back on 20 September 2020 with a bigger and better event.”