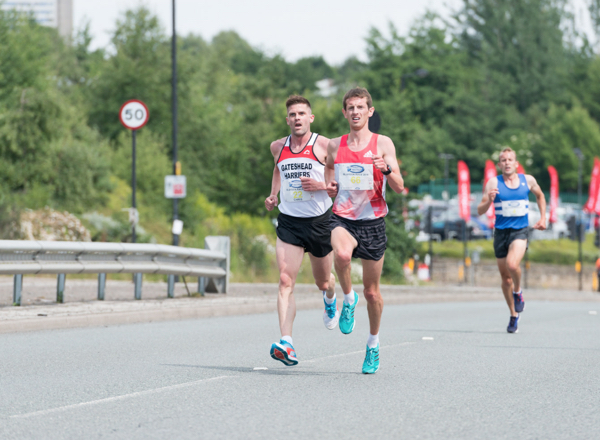 As ever, there will be a proverbial stampede for entries for this summer’s Blaydon Race as organisers announce that registration opens this evening (Monday 11 March). The 5.6 mile event is the largest club race in the North East with 4600 signing up in 2018.

Staged on the same date every year since 1961 (9 June), The Blaydon Race is one of the most hotly anticipated and iconic events in the region. Each year, the run begins began with a recital of the 1862 Blaydon Races song, which opens with 'Aa went to Blaydon Races t'was on the Ninth of June.' This ritual singing of the song takes place at the start, while the starter also uses the handbell referred to in the song.

Competitors on Sunday 9 June will depart from Balmbras in Newcastle towards Collingwood Street and along the Scotswood Road past Armstrong’s factory, ending at Shibdon Road playing fields in Blaydon.

Last year saw a thrilling race unfold as Chris Parr, who had been in front for the majority of the race, falling two places at the final stretch as John Beattie (26:39) and Carl Avery (26:42) overtook him, with the Gateshead Harrier a further four seconds behind.

It was more clear-cut in the women’s competition as Wallsend Harriers’ Danielle Hodgkinson (30:47) finished ahead of Stockport’s Elle Baker (31:33) for a convincing victory. Morpeth’s Jane Hodgson claimed third place (32:09).

Registration for club runners open at 7pm on Monday 11 March at Results Base, with all remaining entries opening on Tuesday 12 March.