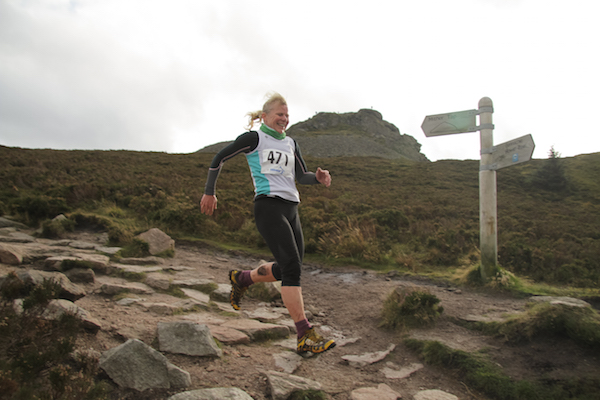 Inverurie-based Garioch Roadrunners are encouraging runners from across Scotland to get their entries in soon for the 30th anniversary Bennachie Hill Race, to be held on Sunday, 29 September.

A fortnight after entries opened, and with just over two months to go until race day, nearly half the available places have already been sold.

Race director Nicola Redgwell told runABC Scotland online: “Starting at the Back O’Bennachie car park near Insch and taking in many of the famous ‘tops’ of Bennachie, including Oxen Craig, Craigshannoch and Mither Tap, the route of what we all know as the BHR is pretty iconic.

“Planning is well underway for this autumn’s anniversary event. Runners should expect a good run, a great post-race feed – and maybe even a few surprises.”

She added: “But while our focus is naturally on the anniversary of a much-loved event now three decades old, we’d also like to encourage hill runners aged 13–17 to take part in our Junior Hill Race. The course is different to that for the seniors, and is approximately 5k in length with 150m of climbing.”

The Bennachie Hill Race is the second event in the 2019 Aberdeenshire Hill Race series, which begins with Cairn William (Saturday, 21 September) and ends with Morven (Saturday, 5 October).

Previous winners of the Senior BHR, which has a total of 1600ft of ascent over 8.2 miles in length (13.1k and 500 metres respectively), include Gold Coast marathon medallist Robbie Simpson.