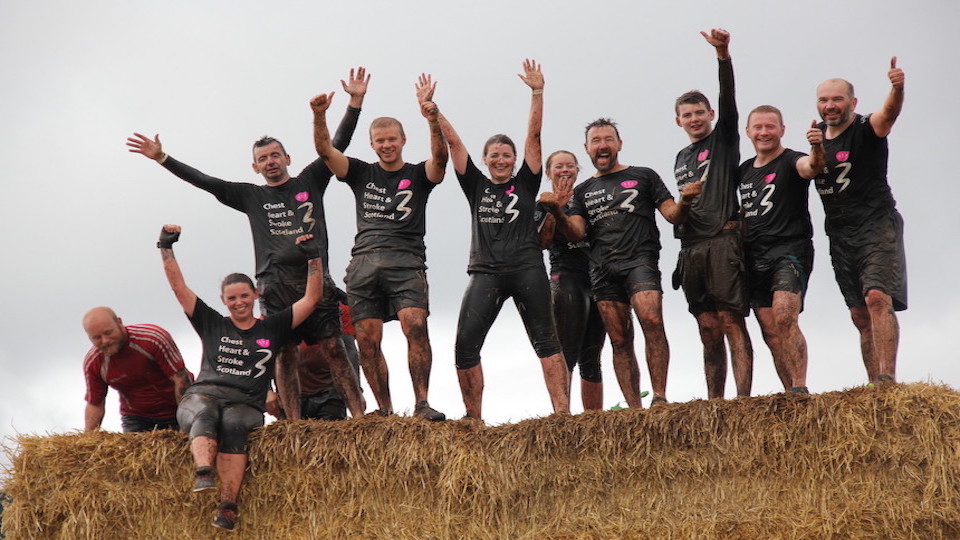 Banchory Beast back better for CHSS

Runners hungry for more mud after the upcoming Loch Ness Beast Race have just over a week left to take advantage of early bird rates for the Beast’s next stop – in Royal Deeside.

The Banchory Beast Race will be held on Saturday, 25 September, with organisers promising major upgrades of the ‘obstacles you love the most’ – and presumably some of the ones we dread the most too.

Those brave enough to tackle the Beast in Banchory can expect ‘bigger structures, faster slides and unique challenges’ – all designed to keep runners on their toes – or off them, in the case of the jet-blasting with freezing loch water they can expect at the second obstacle.

As with the Loch Ness event, the Beast’s official charity partner, Chest, Heart & Stroke Scotland is currently offering free pledge places to runners who agree to raise a minimum of £100 for the charity. Then, it's just the simple matter of getting through the ‘Clay Clag Climb, ‘Leg Screamer’ and ‘Haul Arse’ obstacles.

With the funds raised from their partnership in the Beast Races, CHSS will provide vital services to the one in five people in Scotland living with the effects of chest, heart and stroke conditions. By choosing to support CHSS either by taking a pledge place or raising funds independently, runners can help people across Scotland take back their lives, regain their confidence and live life to the full.