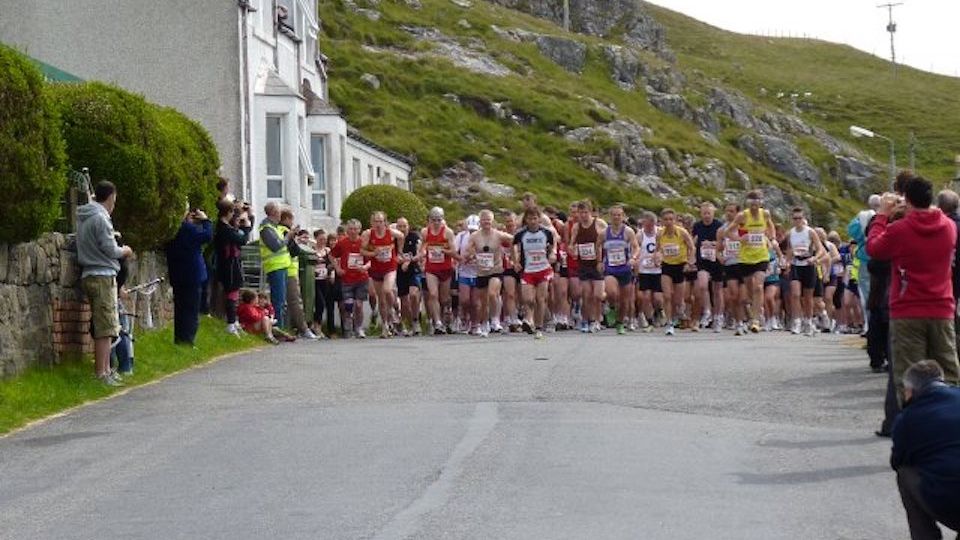 Runners from across Scotland are reeling at the loss of one of the country’s most loved half-marathons, the Barrathon.

With no volunteers coming forward to organise future editions of Barra’s half-marathon at the 2022 AGM, the retiring committee had no choice but to dissolve the Barrathon Organisation – meaning the end of the road for the race.

Launched in 2000 as a one-off Macmillan Cancer Millennium fundraiser, the June event became an annual affair. Runner numbers reflected the event’s popularity, growing from 39 at the inaugural run to a cap of 300 at the last event – the 20th anniversary celebrations of 2019.

Entries would often sell out within minutes of the January launch – and the post event buffet and ceilidh were the source of as many happy memories as the run itself.

Writing on the event’s facebook page, one runner summed up the thoughts of many about the event as a whole: “The Barrathon wasn’t just a race. It was a great all round event: a lovely welcome, a good run, fab food, a great ceilidh, a showcase of everything good about Barra.”

The event was also one of the five races that made up the Heb 3 series of island half-marathons, alongside Stornoway, Benbecula, Skye and Harris.

But it won’t be just runners who will miss the Barrathon. The race became a major fixture on Barra’s event calendar, with the arrival of 300 runners, supporters and families providing the 1100-resident island with a huge economic boost for an entire weekend.

Local charities will also feel the effects of the loss of the race. The half marathon, fun-runs and evening ceilidh raised over £200,000 since the millennium – £100,000 of which was donated to Macmillan Cancer and the rest distributed to over 30 local groups.

After the dissolution of the event was announced, tributes poured in for the organising committee. One past participant wrote, “Everyone involved in making the Barrathon happen, and be so successful for so long, should be immensely proud of what you have all achieved. What a great and unique event made by the organisers’ efforts, which displayed Barra’s finest character of community, friendship and hospitality.”

“What a pleasure to have been a participant and be left with so many great memories.”