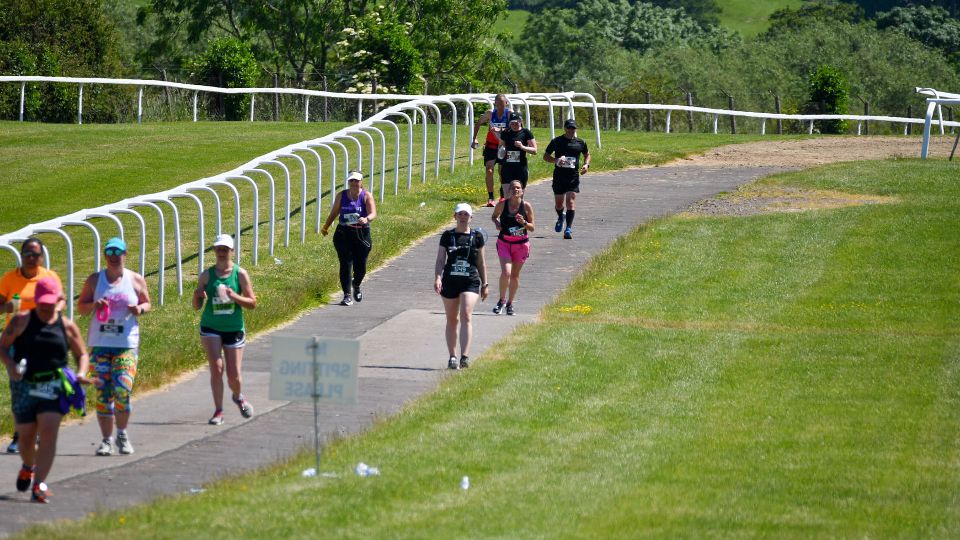 Over 800 runners were under starter’s orders at this new event.

Soaring temperatures made it hot and thirsty work for everyone involved in Sunday’s (13 June) inaugural Cheltenham Running Festival. Runners in the three races kept hydrated and carried on.....

First time out for this latest addition to RunThrough’s stable of events and in glorious conditions where runners completed a set number of laps for their chosen distance. This translated into one lap for 5K, two laps for the 10K and four laps for the Half Marathon with kilometre and mile markers to keep them going on a mixture of multi-terrain and concrete paths.

William Trew had a profitable day at the races, winning the 5K in 17:04. Jonathan Ashley of Stratford-upon-Avon AC was second in 17:34 and Guiseppe Varano third in 18:30.

It was an equally good result for Chloe Findlay of PANVAC who was the winning female in 19:12. Fran Rawlings of Clevedon AC was only two seconds behind, finishing in 19:14 with Helen West third in 19:51.

On to everyone’s favourite distance – the 10K. Aled Jenkins raced home and into first place in 33:50 followed by Symon Murphy of Pontypridd Roadents in 35:26. Craig Jones of Swansea Harriers AC was third in 35:48.

Hermione Green of Lichfield RC was the first female in 40:53 with Jessica Mason Rawle of Redditch Stars second in 44:57 and Rachel Needham third in 47:26.

Last but not least the Half Marathon with Michael Roderick of Tri Harder Harriers winning in 1:14:04. There was a gap of almost two minutes between him and Elliott Avis who finished second in 1:16:52 with Mark Le Conte third in 1:19:51.

A month after her win at the Birmingham Running Festival, Victoria Williams of Royal Air Force AC had to settle for 2nd place (1:28:49) as Lorna Hulme took the top spot in 1:27:36. Naomi Dibb was third in 1:44:05. Apologies to Lorna for our initial incorrect report on this and well done to you Lorna!

All results can be found via the RunABC Midlands Race Listings page.

It was a good day for a gallop followed by a bespoke themed medal and post-race goodies.